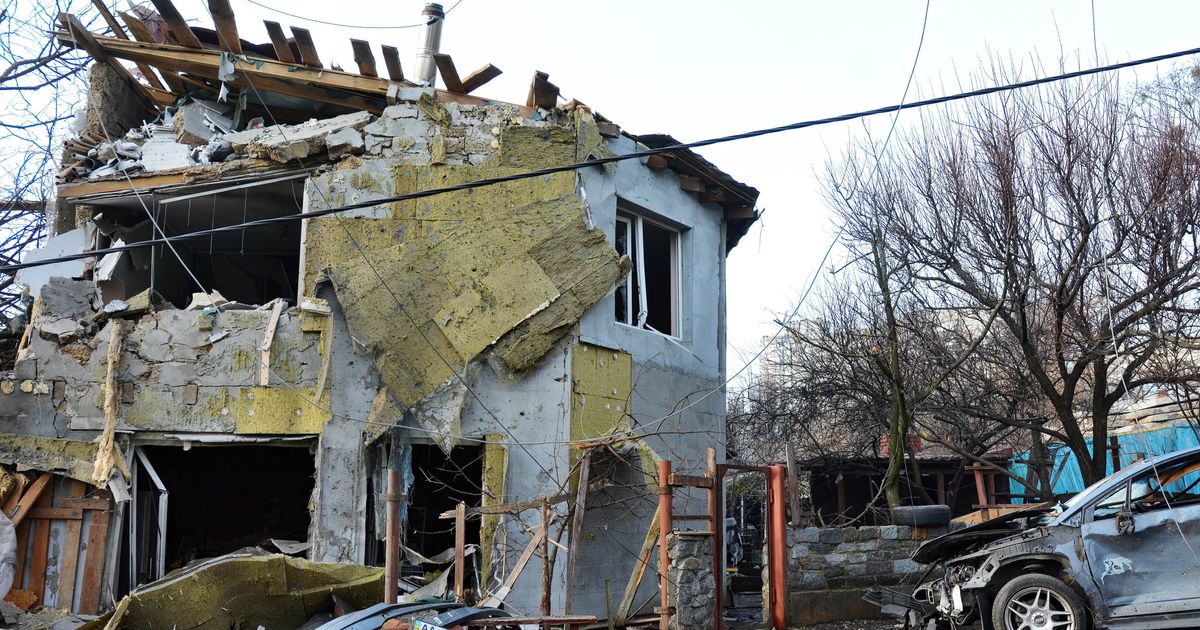 Foreign social media accounts were sharing videos showing Ukrainians standing on balconies and in the streets defiantly shouting “Putin is a d**khead” as drones dropped bombs on Kyiv over the weekend.

A local radio station reportedly played the Ukrainian national anthem, a salute to Ukrainians’ indomitable spirit, during the barrage.

The sound of bombs — and screams — can be heard in one video as people shout “Putin’s a dickhead,” “Russian warship, go fuck yourself,” and “glory to Ukraine,” according to reported translations.

The “Russian warship” phrase originated from a Ukrainian sailor stationed on Snake Island who was part of a group that refused to surrender to Russian forces early in the war.

Zelenskyy said in a video address Sunday in Ukraine: “Our sense of unity and authenticity, life itself, contrasts with the fear that prevails in Russia. They are afraid. You can feel it,” he added. “And they are right to be afraid, because they are losing.”

Zelenskyy said 45 Russian drones involved in the barrage had been shot down.