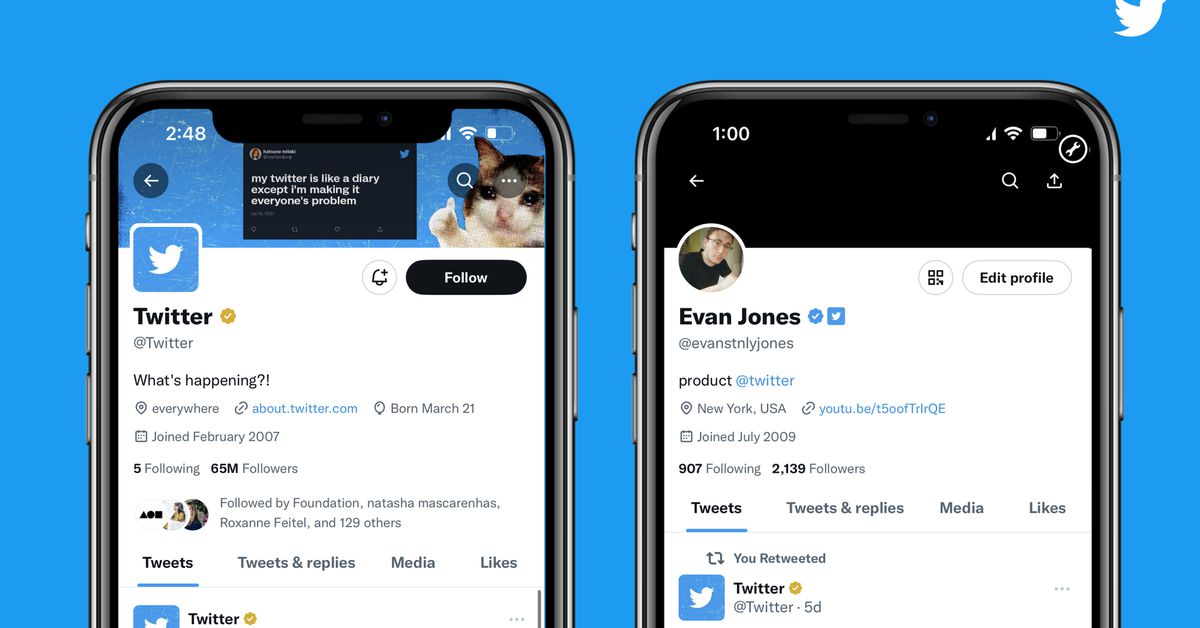 Twitter has officially announced Blue for Business, a subscription geared toward companies that want to “verify and distinguish themselves on Twitter,” as its press release says. The service will let companies link their main accounts with those of their employees to make it easier to show that someone actually does work for them.

The company is testing the service with “a select group of businesses,” including its own employees. Esther Crawford, director of product management at Twitter, has a little bird badge next to her blue checkmark that verifies her as an employee at the company, as you can see in this tweet of her announcing Blue for Business. Craft Ventures, a venture capital firm, also appears to have some employees marked as affiliates, using a badge with its logo.

So far, Twitter hasn’t shared a lot of details about the service. We don’t know how much Blue for Business will cost, who will be eligible, or how it’ll go about actually verifying that a business controls an account; Twitter’s Esther Crawford didn’t immediately reply to an inquiry over Twitter. The company’s press release does say that it plans on letting more businesses subscribe next year. Twitter does warn (in a truly tiny footnote) that Blue for Business’ features may not be available on all platforms and that they “may change periodically.”

The play here for Twitter is obvious. The company is trying to lean into making money through subscriptions, and creating what’s essentially an enterprise tier of its Twitter Blue service could help it do that. The company lists examples of the types of use cases it expects to see for Blue for Business: sports teams affiliating with their athletes, movie characters getting a logo next to their name, or journalists having a badge that shows they really do work for a specific outlet. (Though Twitter may have a hard time courting the press after some of its recent antics.)