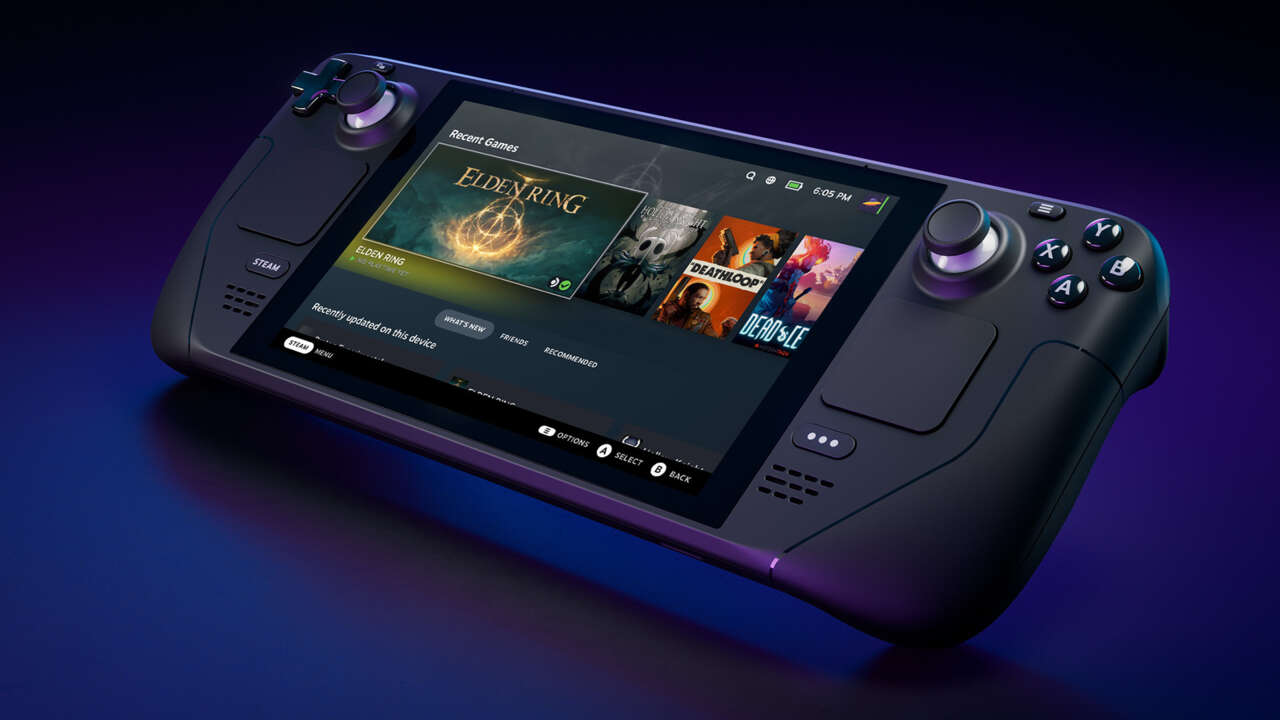 The runaway success of the Nintendo Switch might suggest that anything similar in form factor and price would perform just as well. But since its launch in 2017, there hasn’t been anything that has captured the same type of attention as Nintendo’s hybrid console. Valve, makers of stellar devices such as the Valve Index as well as equally unsuccessful products such as the Steam Controller and various Steam Machines (if you can even recall those), was a surprising new competitor in the space when it announced the Steam Deck. A handheld PC that could take your Steam library anywhere and everywhere sounded far too good to be true, but since its launch in February this year, it’s been a device that’s surprised time and time again.

There was a lot standing in the way of the Steam Deck’s success initially. Back when it launched, Valve announced just over 100 games that were verified to be compatible with the Steam Deck, with only 60 of those achieving its highest level of compatibility. The Linux-based operating system and Proton–the translation layer games would make use of–seemed like it could ruin any chances for the Steam Deck before it really got going. But that didn’t stop initial stock from being scooped up for preorder faster than most could react to, priming the Steam Deck for a big, and telling, launch.

When it did finally make its way into the hands of consumers, it was just the right amount of imperfect to be endearing. Yes, not every game in your library worked immediately, but that also didn’t seem to matter when you could just as easily take games you were playing on a PS4 months prior and have them run surprisingly well on a handheld. Smaller titles shone on Valve’s device, where hardware limitations were as much less of a factor for great performance and the form factor made playing these games more engaging than behind a monitor at a desk. The Steam Deck delivers on its promise to let you bring a large library of games with you on the go, while also enticing you to continue growing it within Valve’s ecosystem.

Perhaps its biggest triumph was how it managed to simplify the process of playing games on a PC entirely. Valve has employed its console-like interface, Big Picture Mode, on Steam for years now, but it’s never felt at home like it does on the Steam Deck. It’s satisfyingly simple to browse your existing library of titles and purchase new games within the confines of a slickly designed user-interface, never exposing you to the nitty gritty works of the software underneath that’s making everything possible. With easy-to-decipher flags that signal whether a game works or not on the Steam Deck, it’s easy enough to understand why something might work or not without having to wonder if it’s something to do with your unique configuration in a desktop build and, worse still, how you’re going to solve it.

Ignoring its competitive hardware, this user-friendly layer of software is what differentiates the Steam Deck from so many other similar competitors, such as the multiple handhelds under the Aya brand. These handheld PCs run primarily off Windows, making them far more similar to a desktop PC and, coincidentally, playing games somewhat more troublesome as the OS and hardware struggle to gracefully work together. With such a tight link between SteamOS and the Steam Deck’s hardware, the handheld is the closest PC gaming has come yet to replicating the straightforward operation of a console, without sacrificing the granularity of choice that allows you to play games in the ways you want to.

The Steam Deck is malleable enough to satisfy those willing to tinker with it, too, with an assortment of options for refresh rates, resolution scaling (with system-level AMD FSR support), and options to limit power consumption to extend battery life. All of these have an impact on how you’ll experience games, in conjunction with the riches of options most PC titles offer. So, while its high-level user-experience lets most enjoy games without the complexity of these options, they still exist for those coming from a background where they’re vital to overall enjoyment. It’s this balance that allows the Steam Deck to cater to the same PC crowd that Steam has been satiating for over a decade, while simultaneously inviting those potentially intimidated by the number of choices required by simplifying much of the process. Valve has successfully lowered the barrier to entry to PC gaming, with a device that also brings into question why you’d ever lug around a much bulkier, hotter, and vastly more expensive laptop to game on the go ever again. It’s a feat that so many PC makers have been trying to achieve without coming close to this level of success.

It’s the Steam Deck’s flexibility that makes it such an enticing purchase, one made even easier by Valve’s aggressive pricing that makes building an equivalent desktop competitor a challenging prospect. Better than this, the Steam Deck could even double as a productivity device, albeit one suited to relatively light workloads such as word processing and web browsing. Given its open nature, you can choose to wipe what Valve has put on it and reconfigure everything from scratch, loading up Windows and engaging with Xbox Game Pass if you so choose. You’ll sacrifice a lot of what makes the Steam Deck so easy to use, but Valve’s decision to leave that choice up to you (while also giving you the tools to revert everything back if you want to) is a refreshing show of faith in its consumers that so few platforms of this ilk mirror. It’s an indication of understanding that spending time getting in the way of such experimentation would be wasted, and that ensuring the process to support it is as refined as possible is more beneficial to the time Valve itself would spend on these systems and to those they will eventually support.

In the same way that it was almost impossible to not recommend a Nintendo Switch purchase, the same can easily be said for the Steam Deck on the eve of its first anniversary. It has become one of the simplest ways to get into PC gaming, allowing you to get up and running with a brand-new Steam account for play on the go or a new home for your existing library to be stored in. It does this without compromising on what it means to play games on PC either, recontextualizing the perceived barrier of entry you’re required to overcome to simply enjoy this space. By streamlining the entire process of installing a game and getting to play it while also offering a customizable environment to do pretty much everything else, the Steam Deck is a captivating device for a wide audience that will surely inform the future of PC gaming for some time.