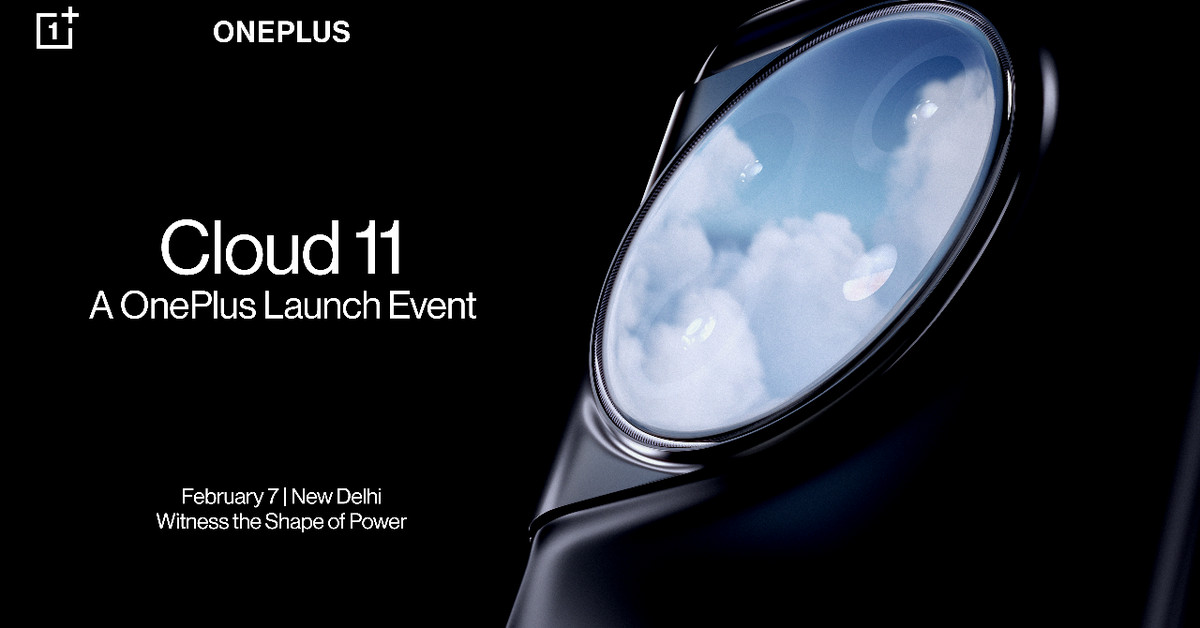 Got your 2023 planner in hand? Good, because OnePlus wants you to save the date for its global flagship phone launch on February 7th. Dubbed Cloud 11, the event will take place in New Delhi and will debut the OnePlus 11 5G and OnePlus Buds Pro 2.

A teaser image accompanying Monday’s news lines up with previously leaked renders, showing a redesigned camera bump. Separately, company spokesperson Spenser Blank confirmed that a Hasselblad-branded camera system and the much-beloved alert slider will return on the OnePlus 11 — both features omitted from the OnePlus 10T.

Per usual, there’s not much in the way of concrete details at this point. A tagline for the event teaser reads “Witness the Shape of Power,” which probably has something to do with OnePlus’ cornerstone feature: fast charging. Leaks so far indicate that fast wired charging up to 100W will be included, along with a Snapdragon 8 Gen 2 chipset and a 6.7-inch screen with 120Hz refresh rate.

None of those specs are particularly surprising, but we’ll have to wait until early February to know for sure if they’re on target. One thing is for sure: by hosting its event in India, the company is hoping to capitalize on its success in the market in 2022 with its midrange devices. There’s still plenty of room for growth — according to Counterpoint Research, OnePlus was in third place behind Apple and Samsung (respectively) in India’s premium smartphone market share.