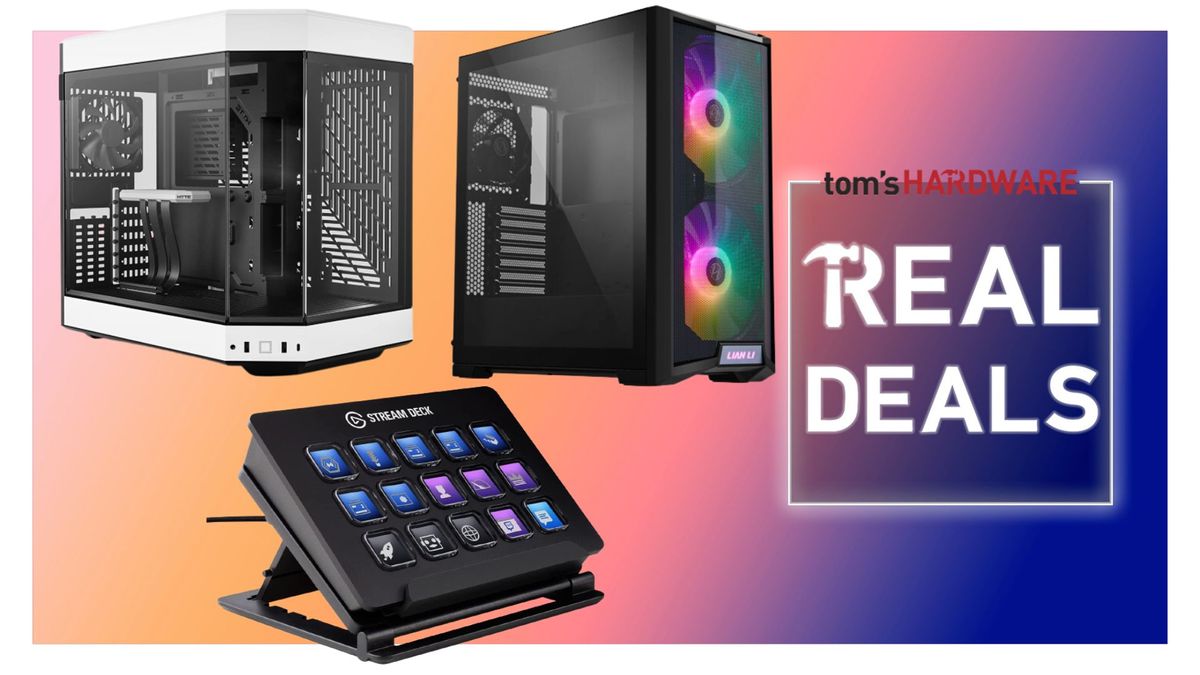 Today’s deals focus on the container for your favorite PC parts. If you’re looking for some of the best PC cases (opens in new tab) with airflow, RGB, a good view of the insides of your PC, and a good deal – we’ve got you covered.

Look at the Lian Li Lancool 215 for $89 from B&H (opens in new tab); we reviewed the Lancool 215 (opens in new tab) and noted its great thermals due to ample airflow and how quiet the fans were. However, there were a few niggles and this was due to a lack of a USB-C port and also no filter on the front mesh panel.

For a case that shows off the components of your beloved PC in a panoramic style, the Hyte Y60 is currently available for $159 from Amazon (opens in new tab). See our review of the Hyte Y60 (opens in new tab) in which we awarded the case 3 1/2 stars out of 5 for its great cable management space and quiet operation, with some of the negatives being the riser cable sometimes getting in the way during setup, and slightly higher thermals if you keep the stock fan configuration setup.

If you’re already into streaming or perhaps a content producer using an application like Adobe Premier, you have probably already come across many recommendations from people using the Elgato Stream Deck. It’s a form of controller that offers fully customizable buttons with an LCD display. You can set up your Stream Deck to have instant access to your favorite shortcuts or use it to seamlessly transition between scenes while streaming on sites like YouTube or Twitch. The Elgato Stream Deck is currently available for $ 99 (opens in new tab) on Amazon.