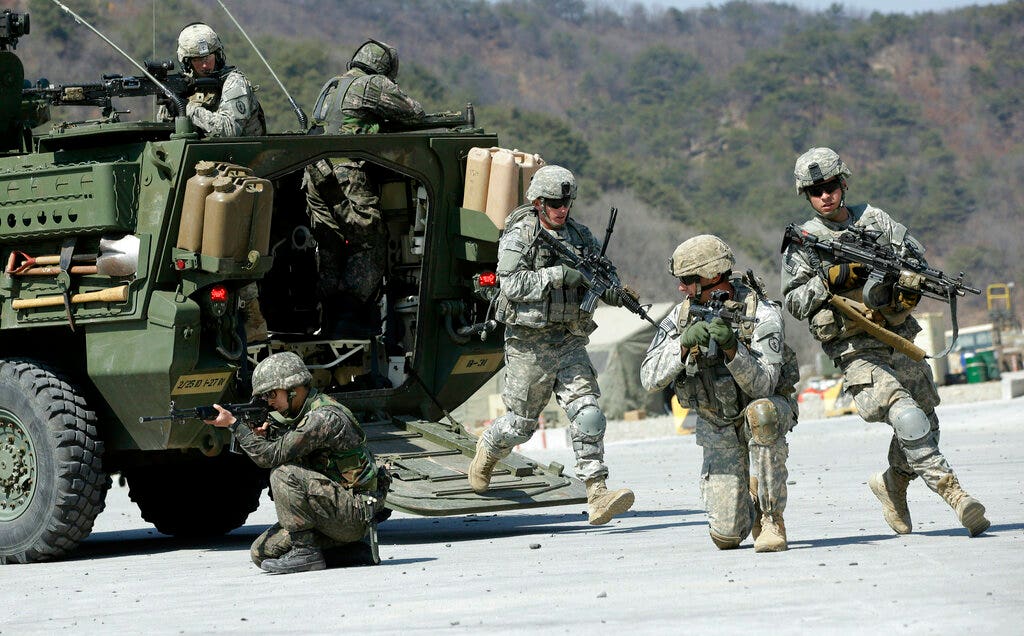 The South Korean and U.S. militaries are planning over 20 drills next year as North Korea has continued to escalate tensions in the region.

South Korea will be “deepening and expanding defense cooperation” with the U.S. in the hopes of preparing for nuclear threats from the north, the country’s Joint Chiefs of Staff and Defense Minister Lee Jong-sup said in a press release, according to a Wednesday Stars and Stripes report.

The release comes just days after North Korea resumed weapons testing Sunday, firing two ballistic missiles from the Tongchang-ri area east over international waters. According to a statement from South Korea’s Joint Chiefs of Staff, the missiles were fired about 50 minutes apart and fell in waters between the Korean Peninsula and Japan.

The release also comes after North Korea threatened to take “bold military steps” against Japan after Tokyo announced plans to make large increases in its defense spending, with North Korea accusing Japan of attempting to return to its pre-WWII military posture.

“Japan’s foolish attempt to satiate its black-hearted greed – the building up of its military invasion capability with the pretext of a legitimate exercise of self-defense rights – cannot be justified and tolerated,” a North Korean foreign ministry spokesman told the country’s state-run media Tuesday.

South Korean President Yoon Suk Yeol has promised to respond to the rising tensions in the region with six “peace through strength” initiatives, which includes increased cooperation between the South Korean and U.S. militaries.

Sunday’s weapons test was the first conducted by North Korea since its test of the liquid-fueled Hwasong-17 ICBM last month, a developmental missile that is believed to be capable of reaching the entire U.S. homeland.

The South Korean Defense Ministry said that part of the plan to increase cooperation with the U.S. amid the threats is to deploy more unnamed U.S. strategic assets to the region, while the training alongside U.S. forces will emphasize realistic “combat scenarios.”

The release also said that the U.S. and South Korean militaries were looking into “a variety of measures to … display the alliance’s overwhelming deterrent against North Korea” as the 70th anniversary of an end to hostilities on the peninsula approached next year.