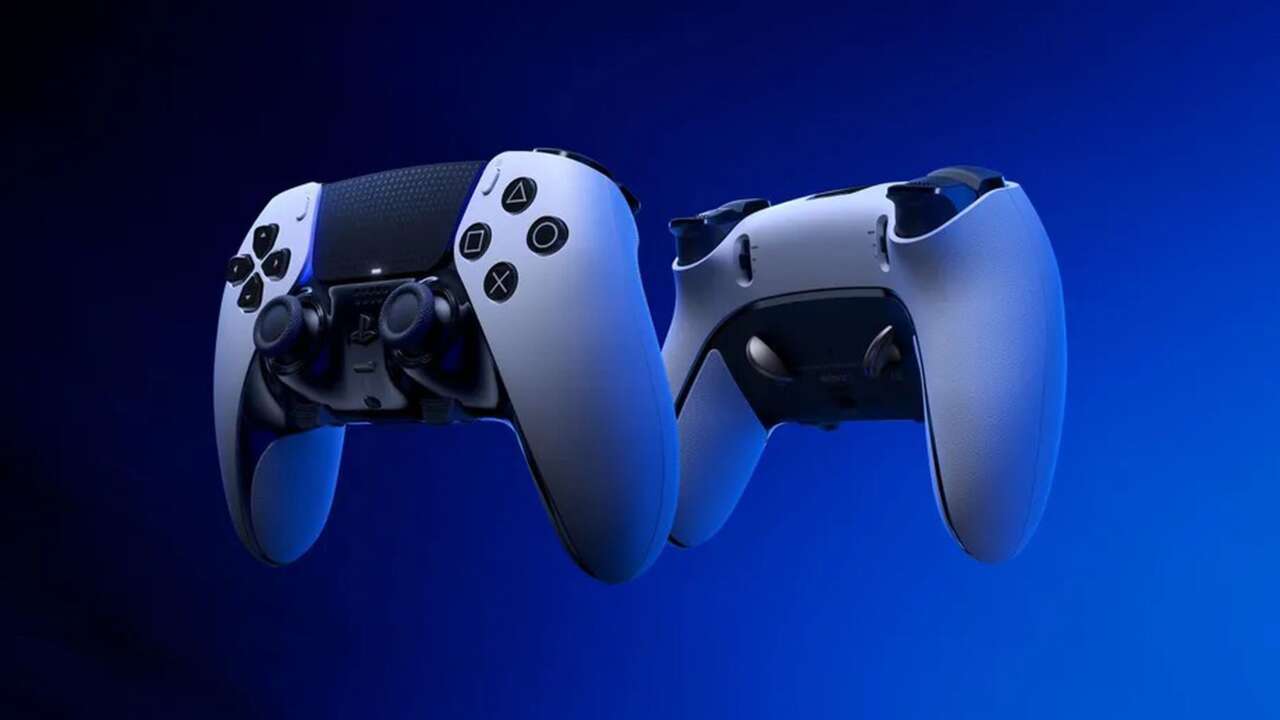 PlayStation is leaping into the world of prosumer controllers with the DualSense Edge. I had the opportunity to check out the new gamepad, and it feels like a well-rounded hobbyist controller that’s easy to customize on the fly.

The DualSense Edge feels and looks nearly identical to the DualSense controller. DualSense Edge lead product manager Tomamasu Mizuno assured me that this was an intentional decision so as to not alienate players who’ve already spent hundreds of hours with the standard DualSense. If you’ve held a PlayStation 5 controller before, then you know what the Edge will feel like in your hands. The biggest changes to the ergonomics are the new, rubbery grips on the back of the controller, the two function buttons, the trigger stops, and the customizable paddle buttons in the back.

The customizable back buttons are the thing that feel most different on the new controller. I had to adjust my grip ever so slightly to accommodate them. Unlike the Xbox Elite Series 2 controller’s four, there are only two buttons on the back of the controller. The paddles jut out slightly more than the Elite controller’s, meaning it requires a tap to press rather than the squeeze motion I would normally do with an Elite controller. The package also comes with an alternate set of back buttons shaped like half moons. These felt more natural in my hands as they leaned right up against my middle fingers. Of course, you can remove the back buttons altogether if you’d like.

There are limits to what you can and can’t customize when it comes to button configurations. You cannot program multiple inputs to a single button press, and there are some restrictions with the touchpad, though I didn’t get a good idea of those during my preview.

The most useful additions to the DualSense Edge are the two function buttons located just below the analog sticks. Holding one down brings up a menu that allows you to quickly switch controllers profiles, adjust headset volume, and pop into a menu to tweak your controller settings. The function buttons feel like a natural extension of the DualSense that makes it easier to access key features you’re likely to need in a gaming session. Their location makes them hard to misclick during heated moments, yet they are easy to access mid-game.

The sleek new controller menu is also effortless to navigate. Once you’ve created a profile, you can customize button assignments, stick and deadzone sensitivities, trigger deadzones, vibration intensity, and trigger effect intensity. If you flip on the trigger stops, it will automatically adjust trigger effect sensitivity.

From the Stick Sensitivity/Deadzone menu, you can pick from a handful of default sensitivity curves for sticks or you can tweak the sensitivity and deadzone manually. There’s a handy visualizer in this menu as well that shows you how much force you’re putting on the sticks with your preferred sensitivity settings.

Along with swapping out the stick caps, the DualSense Edge also allows you to remove the stick modules. You can pop off the hood with a little tab on the back of the controller. From there, you can unlock the modules and pull them out. Historically, the sticks on controllers are usually the first thing to go, so this addition is a welcome one. The modules run for $20 on Sony’s official storefront, which is far more reasonable than purchasing a new controller outright. Popping the hood off was a bit of a pain, but ideally, you shouldn’t have to do that often.

Annoyingly, the hood itself is made out of a glossy plastic that attracts smudges and thumbprints. In the few hours I had with the controller, I found it impossible to keep clean. This certainly isn’t a dealbreaker, but it will surely be enough to bother some users. Hopefully, because the hood can be removed entirely, we will see some aftermarket hoods with a matte finish.

While the DualSense Edge probably won’t cater to casual PlayStation 5 owners, it’s a great piece of kit for those who take their gaming seriously. During my time with the controller, I tested out God Of War Ragnarok, Call of Duty: Modern Warfare 2, and Gran Turismo 7. Between the three, I found the DualSense Edge best suited for Modern Warfare’s twitchy gameplay. Being able to map jump and slide to the back buttons meant I didn’t need to take my thumb off of the right analog stick while performing some of the game’s trickier maneuvers.

Meanwhile, the controller didn’t feel as useful for Gran Turismo 7 and God of War Ragnarok. It’s nice being able to map buttons to the back buttons, but the appeal of the DualSense Edge isn’t quite as strong for single-player games where inputs are fewer and the demands on the player are much less than in a competitive multiplayer experience.

Like the Elite, the controller, along with the charging cable, swappable stick caps, back buttons, and a cord lock are all packaged in a white hardshell carrying case with a hole in the back for easy charging. Overall, the DualSense Edge feels like a nice option for PlayStation owners that might have been looking at Xbox’s offerings with pro-controller envy. For $200, you’ll get a controller that has a familiar form factor, improved ergonomics, some new feature options, and a good level of customizability.