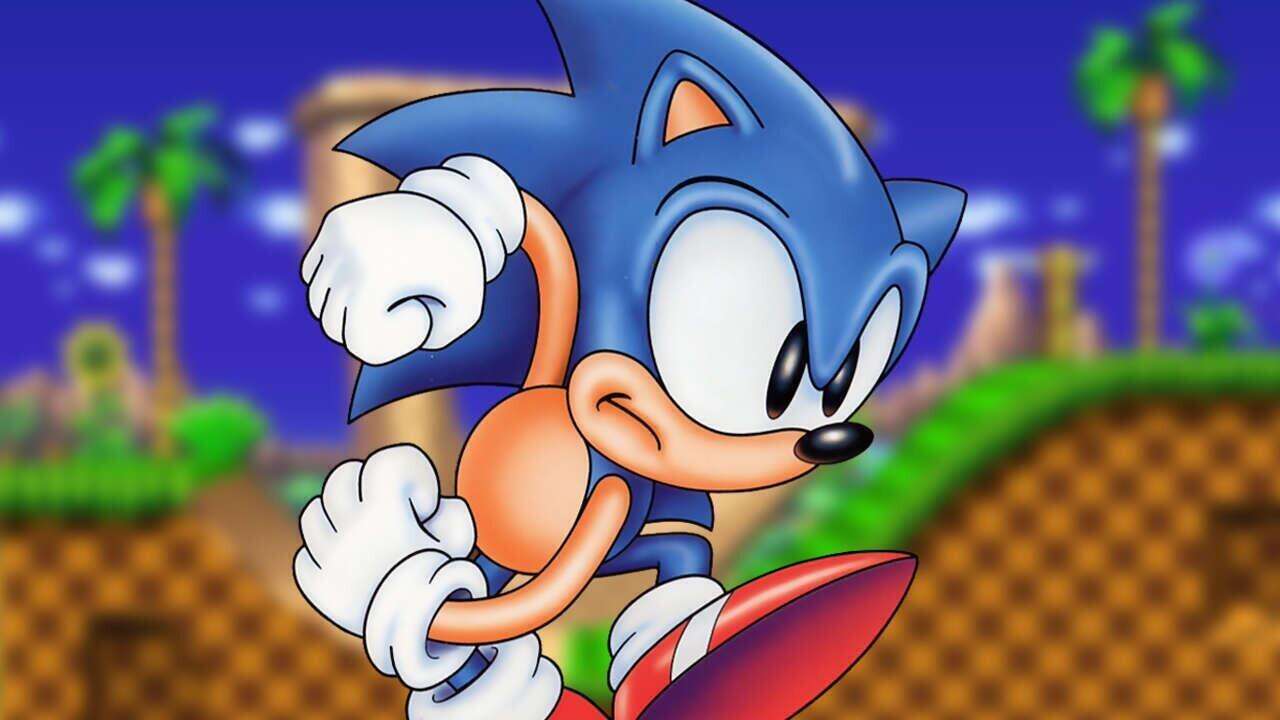 According to Sonic the Hedgehog’s original designer, Sonic’s look derived from an earlier design of a young boy with spiky blue hair who could, of course, run very quickly.

On Twitter, Sonic artist and designer Naoto Ohshima shared concept art for a never-released game called Twin Stars, alongside some early Sonic art. He described the game as “an action game about twin brothers who protect the dream world from Nightmare World’s boss ‘Thirteen.'”

I made a draft of the game. An action game about twin brothers who protect the dream world from Nightmare World’s boss “Thirteen”. It evolved into Sonic.
私はゲーム原案書を作った。 ナイトメア世界のボス「サーティーン」から夢の世界を守る双子のアクションゲーム。 ソニックに進化した pic.twitter.com/nJECKnsI4w

The concept art features two young boys, one with spiky blue hair and the other with… spiky red hair. The background shows one of the boys running through a proto-Green Hill Zone, complete with a loop de loop. In the sky, there’s a menacing cartoon face with a big nose and sharp teeth. Another sheet of concept art shows various enemy types, like a cannon with legs and eyes and a little goomba- or goblin-like creature with fancy gloves, alongside the two boys running fast.

The Sonic concept art that Ohshima shared includes many attributes from the Twin Stars art. Several of the enemies appear, including the menacing cartoon face in the sky. The artwork also features Sonic’s human girlfriend, who was cut from the actual release.

Concept artists at SEGA went through many iterations of a mascot before settling on the Blue Blur. In fact, franchise villain Doctor Robotnik/Eggman was originally a design for a protagonist. If you have questions about Twin Stars in particular, there’s a good chance that Ohshima already answered it in the above Twitter thread.