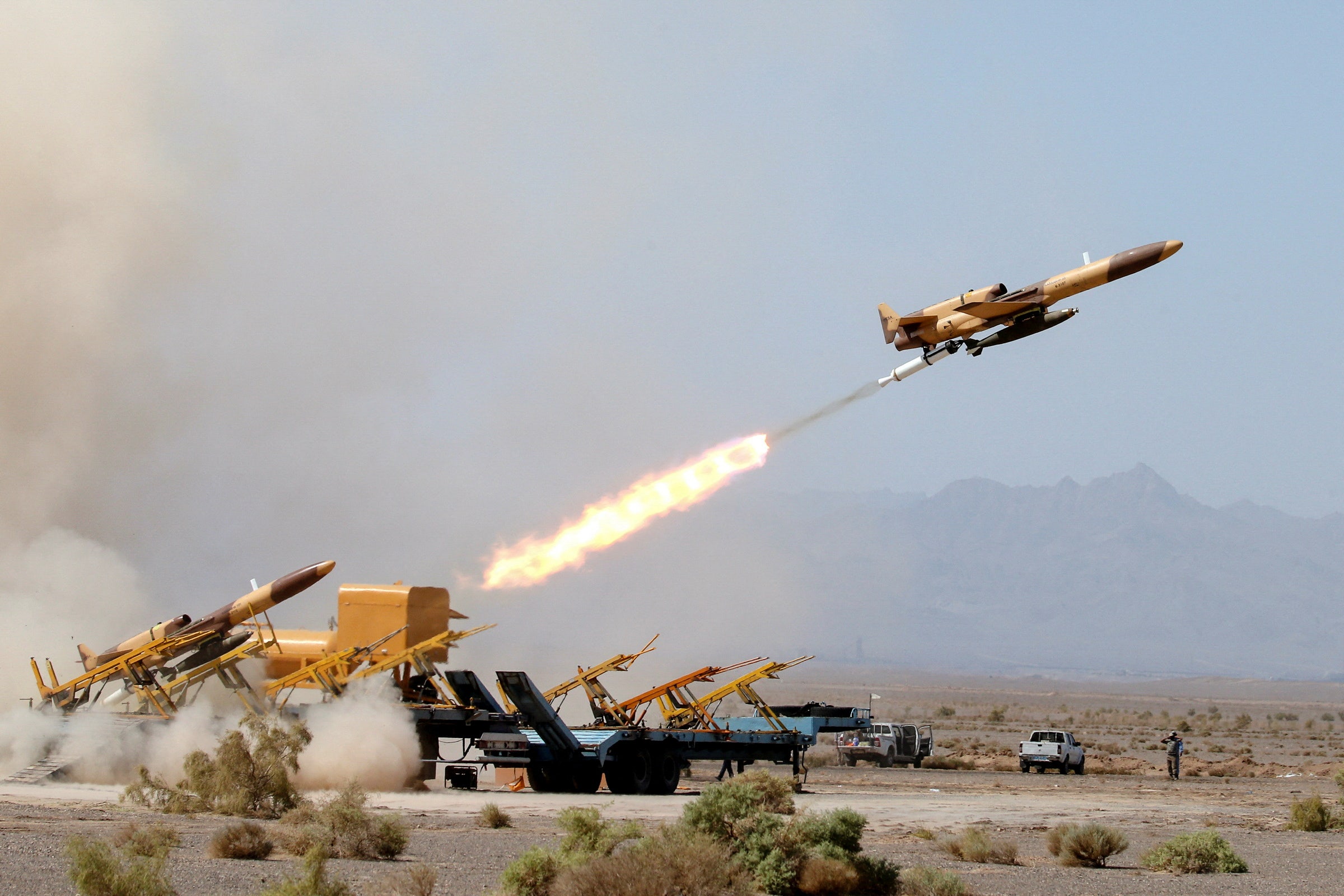 Iran first faced international ire earlier this year when the White House announced that it had knowledge Tehran would be “gifting” Russia hundreds of drones as Moscow’s supplies showed signs of dwindling less than six months into its war in Ukraine.

But Tehran has since taken even bolder steps, sending other missile units and agreeing last month to streamline Russia’s ability to develop Iranian drones on its own turf for use in Ukraine.

A drone is launched during a military exercise in an undisclosed location in Iran, in this handout image obtained on Aug. 25, 2022.
(Handout via REUTERS)

“Iran’s support to the Russian military is likely to grow in the coming months: Russia is attempting to obtain more weapons, including hundreds of ballistic missiles,” the U.K. defense ministry said in an intelligence update Saturday. “In return Russia is highly likely offering Iran an unprecedented level of military and technical support that is transforming their defense relationship.”

The assessment echoed comments made by White House National Security Council spokesman John Kirby on Friday who said U.S. intelligence suggested Moscow is offering Tehran “an unprecedented level of military and technical support that is transforming their relationship into a full-fledged defense partnership.”

U.K. defense officials Saturday said that it is “highly likely” that Russia has used up a substantial portion of its SS-26 Iskander short range ballistic missiles – which can carry a warhead weighing up to 1,000 pounds with a range of over 300 miles – since its invasion of Ukraine more than nine months ago.

“If Russia succeeds in bringing a large number of Iranian ballistic missiles into service, it will likely use them to continue and expand its campaign of strikes against Ukraine’s critical national infrastructure,” the ministry warned.

Kirby highlighted Russia has also been training Iranian pilots up on Sukhoi Su-35 fighter jets and said Tehran could start receiving the aircraft within the next year.

The NSC spokesman pledged that the U.S. and its allies would use what tools it can to “expose and disrupt these activities.”

“And we are prepared to do more,” he added.