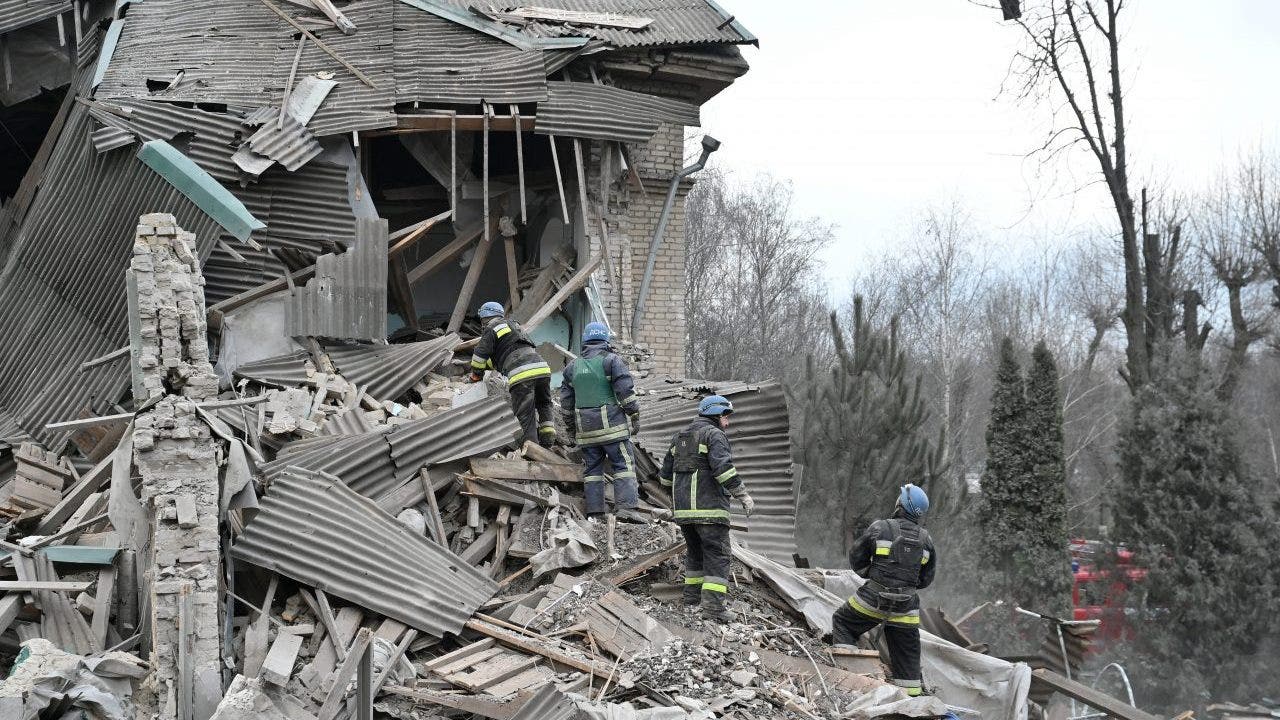 One way or another, realistically or not, there is a certain expectation that Russia will have to pay for what it has destroyed in Ukraine. You break it, you pay for it. That reconstruction, however, is a way off. There is no point rebuilding what may be bombed again. As long as the war rages, talk of reconstructing Ukraine seems somewhat theoretical. But arming it is urgent business if Kyiv is to continue to claw back territory lost and defend itself. Bill Browder thinks Russia needs to pick up that tab, too.

“We’re in a situation now where people in the West are starting to complain about sending money to Ukraine for defense and for financial assistance when there are so many economic problems in other parts of the world and at home,” Browder, head of the Global Magnitsky Justice Campaign and author of the book “Freezing Order,” tells Fox News.

“The easy solution to this problem is that there are $350 billion of Russian Central Bank hard currency reserves that have been frozen. And so it makes total logical sense that that money should be used not just for reconstruction of Ukraine but for the defense of Ukraine. In my opinion, this is probably the single most important factor that will determine the outcome of the war.”

Rescuers work at the site of a maternity ward of a hospital destroyed by a Russian missile attack, as their attack on Ukraine continues, in Vilniansk, Zaporizhzhia region, Ukraine November 23, 2022.  REUTERS/Stringer
(REUTERS/Stringer)

As such, Browder considers the idea of having frozen Russian Central Bank assets go to arms for Ukraine an “elegant” solution to the cost of conflict crisis, and he’s on a mission to make it happen. Aid to Ukraine has become a political football in Washington, as another disputed budget deadline looms amidst fears of a possible government shutdown before year-end. Republicans want President Biden to stop writing “blank checks” and have been crying out for greater oversight of the money spent on Kyiv. Some would like to see those dollars instead spent on America’s southern border. Browder says any drag on Ukraine’s military momentum now—any clipping of its wings—would be catastrophic.

“If Ukraine doesn’t win this war, then we will be at war with Russia next. Putin will be at the Estonian border, and he’ll be threatening a NATO country. And then we have two very terrible choices to make. We can either choose to go to war with Russia, which will be disastrous for us. Or even worse—we can choose to abrogate our obligations under NATO and let Putin take Estonia.”

Laws on sovereign immunity stand in the way of diverting frozen Russian Central Bank funds to arms for Ukraine. Money that belongs to governments can’t just be expropriated. Browder argues that is surmountable. Laws, he believes, can be changed, especially when arguments about “breaking legal precedent” ring increasingly hollow.

“Vladimir Putin is breaking all legal precedents by invading a neighboring country. Redrawing the map of Europe. And as he’s expanding the definition of criminality. We have to adjust laws to take that into account.”

Russian President Vladimir Putin chairs a meeting on the country’s transport industry via a video link in Sochi, Russia May 24, 2022.
(Sputnik/Mikhail Metzel/Kremlin via Reuters.)

Browder said he’s suggesting to different lawmakers around the world that in specific and unique circumstances, such as “when a country invades its neighbor unprovoked, if they’re involved in genocide and various other horrible crimes” sovereign immunity shouldn’t apply.

Browder has some experience working the powers of persuasion when it comes to forcing justice to be served.  When Moscow wouldn’t press charges for the death—many say murder—of his accountant Sergei Magnitsky in a Russian prison—Browder drew up a list of those he deemed responsible for the death and after a long lobbying effort, got them punished.

“I’ve been there before,” he says referring back to that. “Thirteen years ago, I started to advocate for the passage of something called the Magnitsky Act which would freeze the assets of foreign officials who are involved in human rights abuse.” He said that lots of bureaucrats pushed back along the way, arguing, “This can’t be done. But we got it done. It took thirteen years. I hope that this one goes a lot faster.”

Time here is of particular essence.

“I think Ukraine will win this war. And the only thing that will prevent Ukraine from winning this war is if we stop supplying them with financial aid to carry on. And that’s why this money is so important.”

Amy Kellogg currently serves as a correspondent based in Milan. She joined FOX News Channel (FNC) in 1999 as a Moscow-based correspondent. Follow her on Twitter: @amykelloggfox

Treasury yields leap after much hotter jobs report than expected