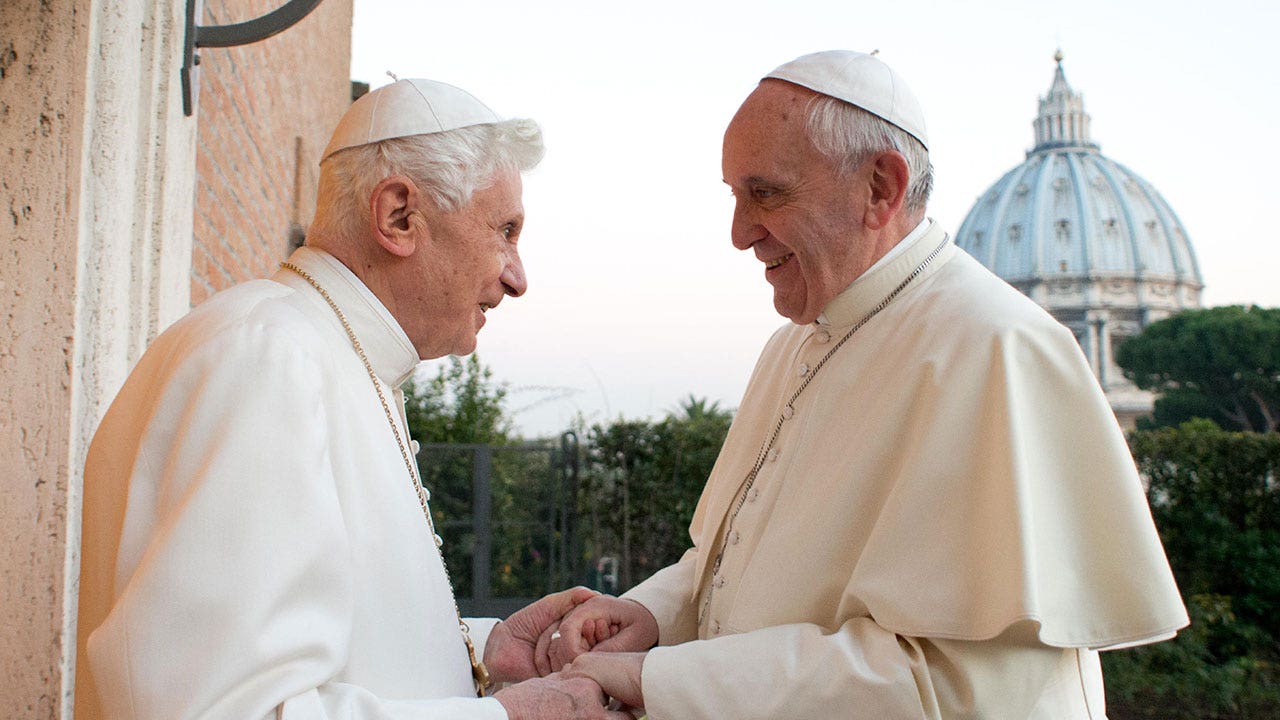 Pope Francis will celebrate a funeral service for the late Pope Emeritus Benedict XVI next week after the retired pope passed away Saturday.

The Vatican announced Pope Emeritus Benedict XVI passed away Saturday at 9:34 a.m. He was 95 years old.

Benedict’s body is currently being held in Mater Ecclesiae Monastery in Vatican City, where he spent the majority of his life post-papacy.

On Jan. 2, his body will be moved for viewing by the faithful to St. Peter’s Basilica. In accordance with tradition, the body of the deceased pope will be exhibited to the public to allow mourners to pray for the pontiff on Tuesday and Wednesday.

On Jan. 5, Pope Francis will preside over the late pontiff’s funeral mass in St. Peter’s Square, the Vatican stated.

POPE BENEDICT’S VISION OF CATHOLICISM, VATICAN II, AND THE FUTURE OF THE CHURCH ENDURE THROUGH HIS TEACHINGS

The service will be open to the public and the Vatican has provided contacts for Catholics worldwide wishing to concelebrate the mass remotely.

Benedict was elected to the papacy in 2005. He later claimed that he prayed he would not be chosen throughout the conclave but was forced to accept what he believed was God calling him to greater service.

In February 2013, at 85 years old, Benedict became the first pope in centuries to resign from his post.

“I have come to the certainty that my strengths, due to an advanced age, are no longer suited to an adequate exercise [of the pontificate],” he said at that time.

From Pope Francis’ ascension onward, the former pontiff went by the title “Pope Emeritus Benedict XVI,” but per canon law, exercised no authority over the church.

On June 29, 2021, Benedict celebrated the Platinum Jubilee — 70th anniversary — of his ordination into the priesthood.