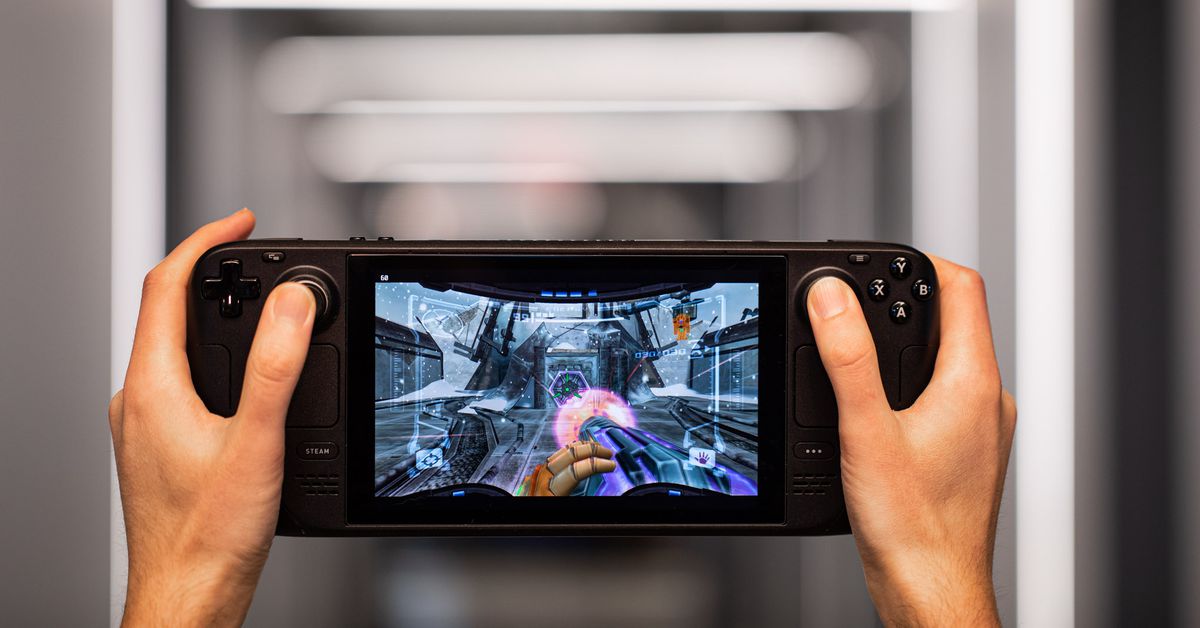 If there were gamer commandments, not expecting too much out of Nintendo would probably be chiseled onto it. Still, I was hopeful that on November 18th, it would surprise launch a Switch version of the Metroid Prime Trilogy. Nintendo did no such thing on that day, the 20th birthday of Metroid Prime, the timeless modernization of the series that turned it into a first-person shooter. I didn’t let that get me down. After all, I own a Steam Deck, which seems to be as good at emulating non-PC games as it is at playing many PC titles.

Getting the three-game collection made for the Wii running on the Steam Deck was a surprisingly easy and fast process, and it requires very little experience dealing with emulators. Not to mention, it’s incredible that I can play a Wii motion-controlled game like a modern, dual-stick console shooter without getting lost in settings — a testament to the modders who, I’m sure, worked very hard to streamline the heck out of it. It even put really nice cover art within the Steam Deck’s game dashboard, so it fits in with the rest of my PC games.

Playing these games on Steam Deck is made possible thanks to a free app called EmuDeck, which you need to download onto the handheld through its desktop mode. Its site has a helpful written and video walkthrough for loading it onto SteamOS, and within minutes, you’ll be toggling which consoles you’d like to emulate. One thing to note is that EmuDeck doesn’t provide individual game ROMs or BIOS files; you’ll need to source those yourself. Also, it should go without saying that I don’t advocate emulating games that you did not purchase.

Needless to say, I’m glad there are fans who clearly enjoy the series more than me, to the point that they put in the work to get these games running as well as they do via emulation. I already felt validated with my decision to purchase a Steam Deck for playing PC games on the go, but trying this particular game was more impressive than I ever imagined it could be. I couldn’t resist snapping a couple of screenshots.

Now, it’s not a totally perfect experience. There are rare drops in frame rate and audio, and I’ve had it lock up a few times, which is frustrating if it’s been a while since my last save. But my experience has mostly been smooth, running at 60 frames per second, and I just can’t get mad at its flaws. It feels just a little strange to play Metroid Prime in HD quality on a Steam Deck that’s docked to my TV, controlled with a DualSense, but the emulation itself is so good that it feels like I’m exploring the Phendrana Drifts for the first time.