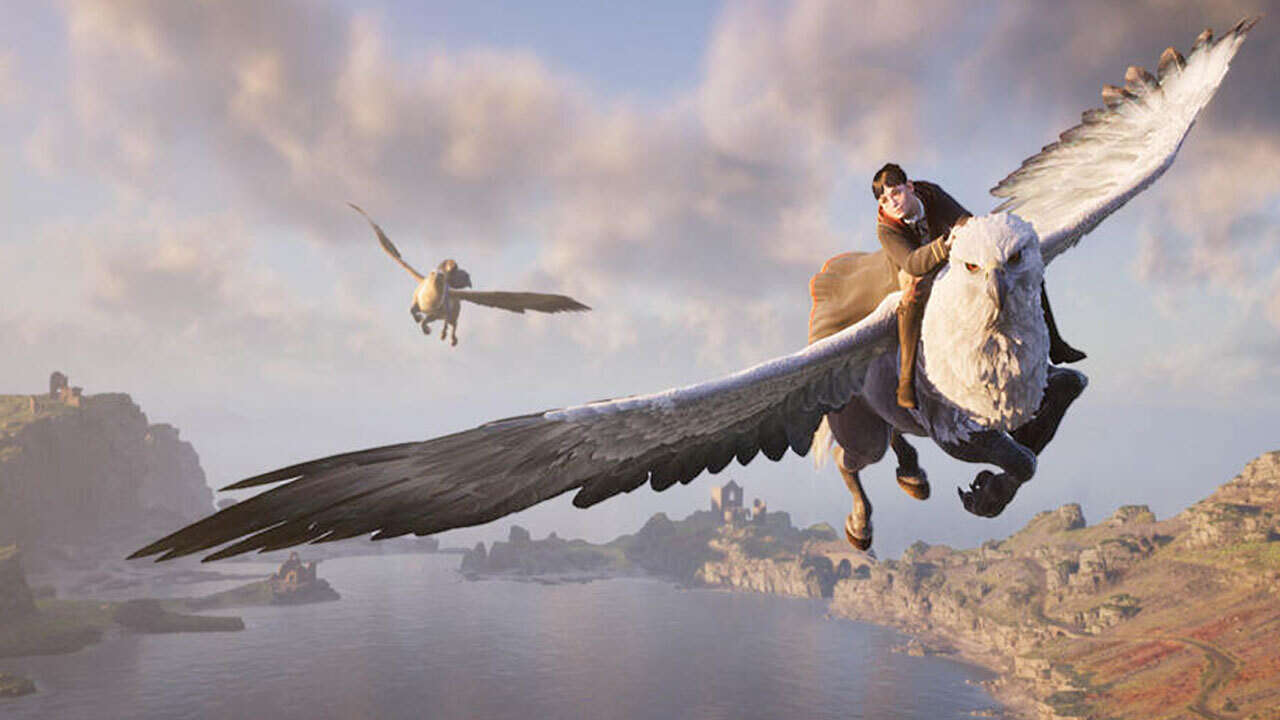 The upcoming Harry Potter game Hogwarts Legacy is only a few short weeks away from release on February 10, and a new showcase video from publisher Warner Bros Games displays over a half-hour of new gameplay. The video begins with game director Alan Tew showing off Hogwarts Legacy’s broom flying mechanics as the character zips around the large open world outside of the magical school.

As the player-character flies around, the game’s development team explains how you can find quests by exploring the game world, including the village of Hogsmeade. It also includes a section where the player rides a hippogriff, a mount straight from the movies that can fly into the air.

From there, the video transitions into a demonstration of the game’s combat mechanics, which include a small preview of its tech tree. It also includes a number of the darker spells in the Harry Potter universe, with even the killing curse Avada Kedavra making an appearance. The combat arena lasts for well over five minutes, so if you want to see that in action, we definitely recommend checking that out. The showcase ends with a lengthy look at the customizable elements of the game, including the hub known as the Room of Requirement.

Overall, while Hogwarts Legacy certainly looks like a step forward for the Harry Potter franchise in gaming, it’s important to remember that the original author of the books, JK Rowling, has alienated longtime fans by continuing to support anti-trans rhetoric and activism. Rowling’s so-called “gender critical feminism” (more often termed “trans-exclusionary radical feminism” by critics) has remained controversial, with some calling for a boycott of the game as a result. It’s also worth noting that the PS4 and Xbox One versions of the game will be delayed until April 4, with the Switch port not coming until July 25.