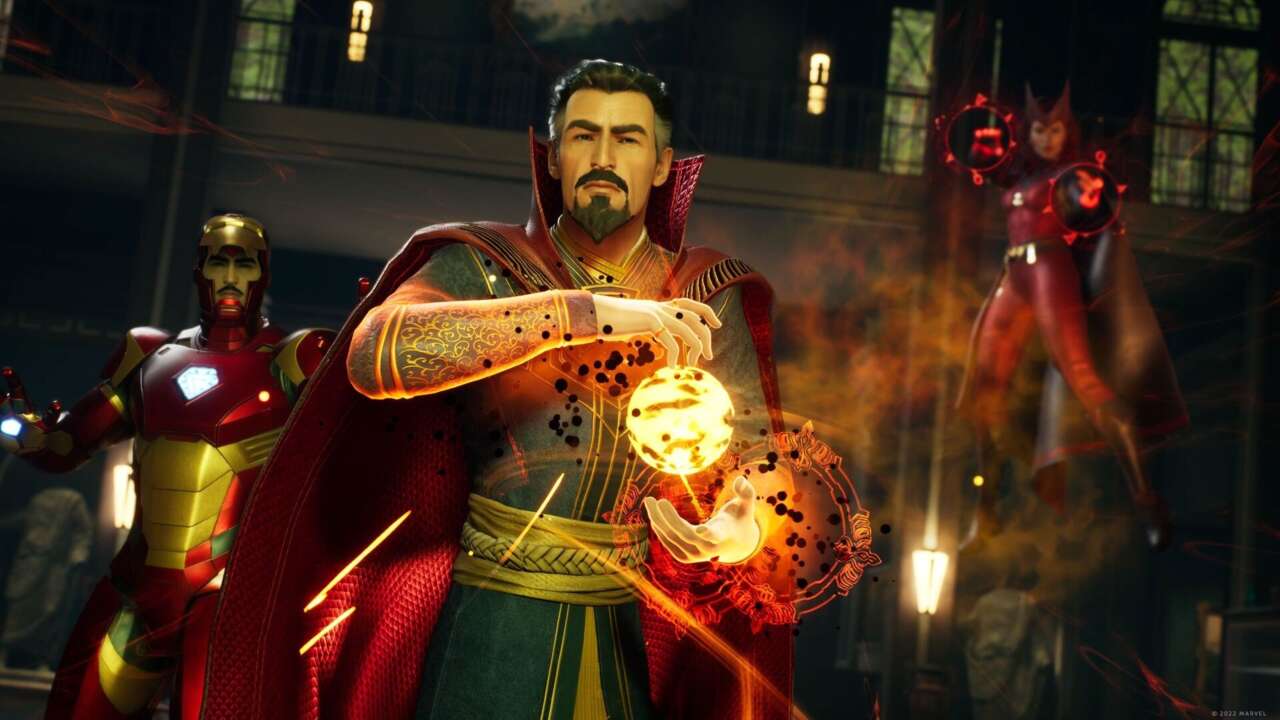 Marvel’s Midnight Suns puts an XCOM spin on superhero combat, combined with a semi-open-world area to explore when your team isn’t actively trying to take down Hydra. The open base of operations is full of secrets to find and hidden pathways to unlock. You’ll need to obtain four Words of Power–Open, Reveal, Purify, and Break–to open up those closed paths, so here’s how to get them all.

All Words of Power Locations

The first Word of Power opens closed doors around the Abbey and its surrounding forest. It’s given to you through story progression, so you won’t have to worry about finding it. Early on in the game, a quest will automatically start when you’re forced to visit Agatha’s shrine. The short quest will take you to a Blood Gate. Interact with the gate to start an easy fight that your demon dog Charlie will help with.

After the fight, you’ll receive the first of four Moon Seals, which will give you the ability to use Open in the forest around the Abbey.

Reveal makes invisible objects or structures visible when used near the specific Reveal rune. It’s a bit trickier to obtain, as the process involves finding four elemental rods scattered around the Abbey. Here’s where you should look to find all four of them:

Bring the rods to Agatha’s Altar and place them on the pedestals there to receive the second Moon Seal. Use this seal to unlock the next Blood Gate, just north of the Standing Stones. It’s important to note that the recommended level for this combat trial is level eight, and you can only challenge it once per night. But once you’ve won, you’ll obtain Reveal.

The Purify Word of Power removes vines from your path out in the Abbey’s woods. It can’t be obtained until a bit of story progression is made, but you can still start the related side quest to set things in motion. Head over to Shaw’s Church in the northeast section of the map to trigger a conversation with Agatha. After the chat, use Open on the door next to Agatha, then again on the door at the back of the next room.

Exit the church through the back door and turn right to find a path that leads to a red ward. Speak to Doctor Strange at the Abbey to figure out how to dispel the ward. After you’ve shown him the ward, he’ll need some time to work on it. You’ll have to complete the The Bell Tolls story mission for Strange to come up with a solution. Grab the vial of Symbiote from the forge and take it to Shaw’s Church to dispel the ward.

Use Reveal on the desk near the church’s back exit to find hidden drawings. Examine them to end this church section of the quest. Speak to Agatha again the next night to continue the Moon Seal search. She’ll then task you with finding stained soil at three witch warrens. Here’s where to find them:

Return to Agatha once you’ve found all the stained soil. She’ll point you in the direction of the Hanging Tree, which is located to the west of Shaw’s Church. It’s more of a giant stump than a full tree, and it’s covered in glowing, green runes.

Use Reveal on the tree to finish up this lengthy part of the quest and receive the third Moon Seal. The next Blood Gate is at the northernmost tip of the map, just above the Everflowing Glade. Use the Moon seal to start a level 12 combat challenge, and win to earn the Purify Word of Power.

The final Word of Power destroys cracked walls and piles of rubble to open up new paths. Your next goal is to collect three Moon Seal fragments to restore the fourth Moon Seal. Here’s where you need to look:

Once you’ve collected all three fragments, speak to Agatha at Lilith’s Garden, just west of the Garden of Envy. She’ll need a special reagent to restore the fragments, and it can be found at Agatha’s Cottage, directly north of the Everflowing Glade. Return to Agatha in the Abbey’s library to fix the seal. Now, you can take on the level 16 combat challenge at the final Blood Gate, north of Lilith’s Garden.

This challenge is largely the same as the previous ones, but the new Revenant enemy can’t be killed unless you first kill the enemies that are linked to it. Keep that in mind and this trial should be over in no time, given that you’re at the recommended level. After the challenge is complete, you’ll be rewarded with the fourth and final Word of Power, Break.