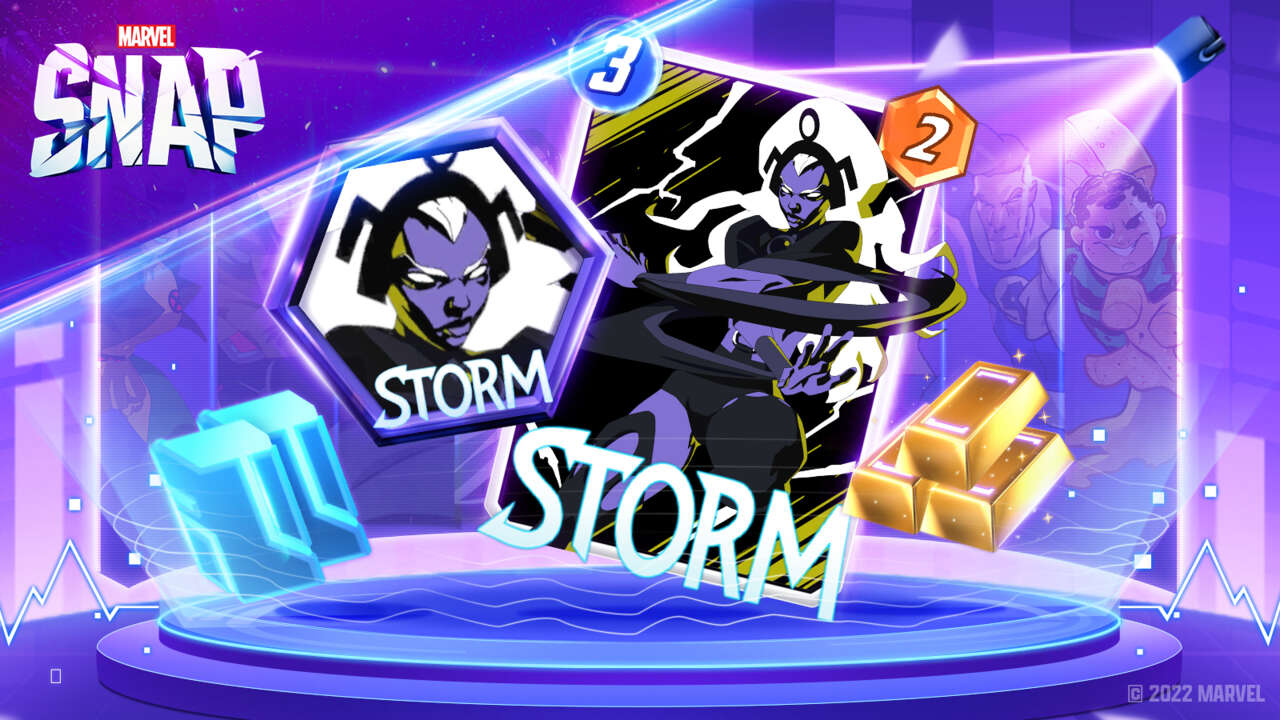 Marvel Snap’s Pool 3 has the largest number of cards of all current pools, and it can be daunting to figure out what works well in tandem or what win conditions you should be in tune with. These cards are unlocked from Collection Level 486 and onwards. This guide will detail some of the best Marvel Snap decks and tactics you can implement that will have you ascend the ranks and become victorious against your opponents using all Pool 3 decks.

Discardian Dissonance is similar to our previous Marvel Snap Pool 2 deck Discardian Discord. This time, it has been greatly improved due to Pool 3 adding additional cards with discard effects such as Colleen Wing, Moon Knight, Gambit, Dracula, and Hell Cow to name a few. This deck does not have any 1-Cost cards and is not supposed to with our win conditions.

Colleen Wing will always discard the lowest-cost card in your hand, so make sure she discards Swarm most often. Swarm will create two copies of itself, both being 0-Cost. Turn 3, you will want to play Lockjaw, then place those two Swarm copies you created the last turn on its location. This will swap out those two 0-Cost Swarm copies for something much better such as Moon Knight to discard a card from your opponent, Apocalypse, or even America Chavez.

By constantly swapping a card you play on Lockjaw’s location from a card in your deck, you can recycle cards that come into play later on. Having Gambit appear, and destroy a tough card your opponent controls will shift the game in your favor. The way in which discarding works in Marvel Snap is one card at a time is discarded, so if Hell Cow discards Swarm as its first target then Swarm will activate, make a copy of itself, and then Hell Cow will discard another card–sometimes even the newly created Swarm copy.

Pool 3 also adds cards such as Black Cat alongside Ghost Rider, which are excellent in possessing discard effects. Ghost Rider can summon any card that was discarded in the game. This does not work with Apocalypse, since Apocalypse does not count as a discarded card; but summoning a Morbius, later on, can have you winning a single location with just a few cards. Black Cat will always discard itself at the end of the turn due to it being a 3-Cost with 6-Power, but if she was the only card you discarded until turn four, then playing Ghost Rider can summon her back to control the probability, if you had discarded too many other cards throughout the game.

Destructive Delinquent is similar to our Marvel Snap Pool 2 deck Devastating Destruction but comes with new surprises. Pool 3 grants us usage of Venom, Wave, Taskmaster, and our ace card: Death.

Venom can eat up all cards at a location, and increase his power by the total amount. This is a perfect way to get rid of Bucky Barnes for Winter Soldier to appear and The Hood to stop its -2 Power causing your detriment.

Using Hulk Buster on Deadpool, then destroying Deadpool alongside your opponent’s 1-Cost cards with Killmonger will allow you to have you play an 8-Power Deadpool the turn(s) afterward. Most importantly, our win condition is Death. Death is a 9-Cost card with 12-Power, but for each card destroyed in the match–both your own cards or your opponent’s–Death’s cost is decreased by 1-Cost each time.

Many matches will have you playing a 0-Cost Death, and then if you play Taskmaster right after, you will have two cards on the field with 12-Power each with ease. If you have not destroyed many cards in this match due to your opponent using Armor, for example, you can play Wave, then on the following turn play Death. Death is your win condition and your ace card.

Overwhelming Ongoing makes use of the many powerful Ongoing cards in the game such as Kazar, Iron Man, and Blue Marvel. Most of the time, if I start with Angela, I will not play my 1-Cost card in hand until I place Angela down to get powered up for each card placed at her location. Even though Angela did get nerfed, you can play Nightcrawler at her location, then the turn after move Nightcrawler, so you can play more cards at Angela’s location to power her up even more.

Armor alongside Cosmo is our protection against destruction cards the enemy will use such as Gambit or Killmonger. These two cards can wipe out many of our 1-Cost cards, but having our 1-Cost cards with Armor or having Cosmo at another location can stop our opponent, even undermining their own self-destructive cards.

Using Armor to counter Bucky Barnes or Nova can keep us ahead of our opponent. Sometimes, the best win condition is hoping your opponent does not read (your cards) since some opponents will play On Reveal cards at your Cosmo’s location because of a lapse in judgment or forgetfulness. Make sure you do not accidentally play Iceman or Squirrel Girl on your Cosmo’s location or their effects will not activate.

Kazar and Blue Marvel are used to powering up our lower-cost cards. Iron Man can be swapped for Klaw if you find yourself not playing Iron Man as much. The only Pool 3 card from this deck list is Mojo, which gains +6 Power if both you and your opponent’s locations are completely filled up. For a 2-Cost, this is an aggressive way to increase your power at a location with very little energy usage.

America Chavez will always be drawn at turn six, so due to this, other cards you draw will have a higher chance such as Kazar or Blue Marvel because America Chavez is pushed back to turn six only.

Floodgates are a term used in trading card games–most often in Yu-Gi-Oh!. With these decks, their mechanics are to hinder or deny one or both players from playing cards.

Fabled Floodgates builds upon our previous Frightening and Ferocious Floodgates decklists from Pool 1 and Pool 2 respectively. With Pool 3 adding Spider-Man and Doctor Doom, this deck works even better than previous iterations.

Ebony Maw is a powerful card, but playing it stops us from playing cards at that location. With Doctor Doom, Doom adds 5-Power Doombots to the other locations such as the Maw location we cannot play cards at. Storm will force your opponent to play a card at that location or it will be flooded and unplayable. Using this tactic to play Gamora, since she gains an additional +5 Power if the opponent plays a card at the same location.

By playing Mystique after you have played Patriot, she will gain Patriot’s effect. Just in case your Patriot is destroyed, your win condition is still safe with Mystique taking over, if Patriot is destroyed by Gambit, for example. Magik allows us to extend the game to turn seven. Sometimes, having the extra turn to set up can allow us to use Sera to reduce our card costs, Blue Marvel to buff up all our cards on the field, or even Onslaught to double the power of Ongoing cards.

Hopefully, with these Pool 3 decklists, you will have a better understanding of what cards to aim for or how win conditions have changed so much since our previous decklists, such as the inclusion of Patriot making cards with no abilities viable, or improving already present win conditions such as destruction more often through Death’s involvement. Pool 3 can be daunting when it comes to knowing what to use or build, but always play decks that you enjoy by finding a win condition, theme, strategy, or ace card that both wins you matches and brings enjoyment with its unique playstyle.

Please, be sure to check out our Pool 1 Decks, our Pool 2 Decks, and our tips and tricks for beginners in Marvel Snap.