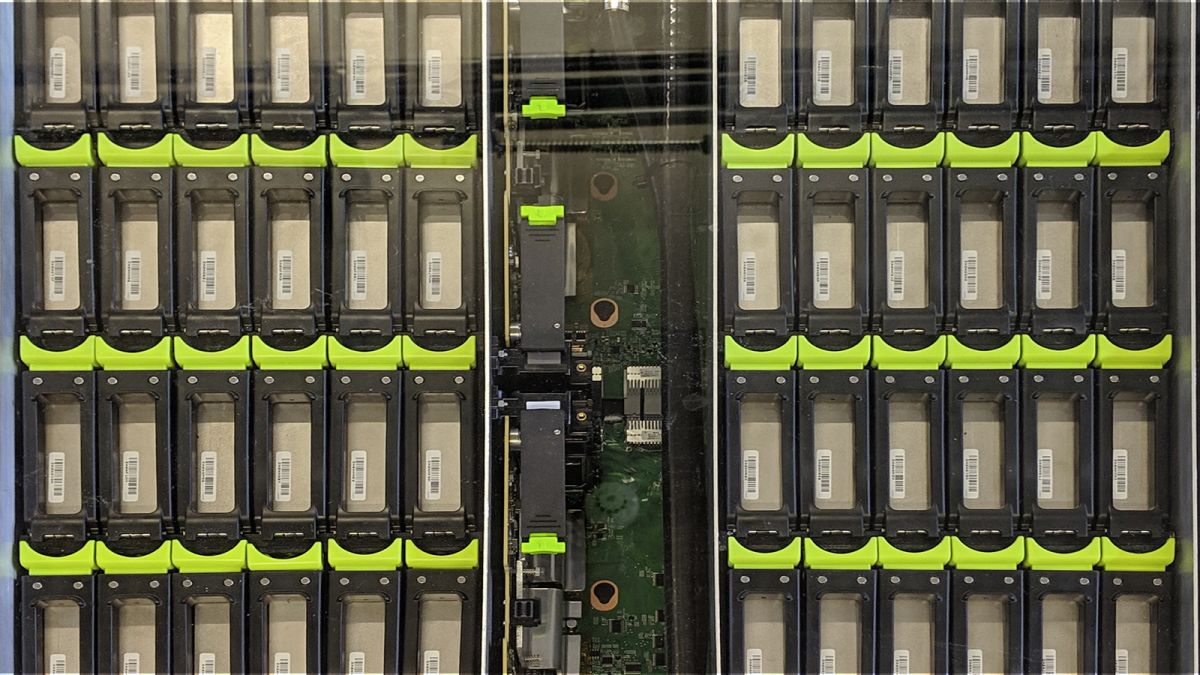 Immersion cooling specialist Iceotope has published a study sharing its findings in the wake of a series of tests completed at one of Meta’s (Facebook) data centers. The study looked carefully at the pros and cons of precision single-phase immersion cooling in businesses that use high-density data storage servers. Iceotope asserts that its results were “conclusive” in demonstrating this cooling methodology is a superior solution when compared to air cooling, as well as other forms of liquid cooling such as cold plates, tank immersion, or two-phase immersion.

HDDs are still in high demand in data centers, with Seagate saying that 90% of cloud storage uses this mechanical magnetic storage technology. At the same time, consumer demand for higher bitrate content, and the generation of storage-hungry new content (photos, videos, etc) will continue to ramp up for the foreseeable future. Thus it is important for companies like Meta, who partnered with Iceotope for this study, to optimize storage facilities with regard to reliability, efficiency, and total cost of ownership (TCO).

In the tests, a standard air-cooled commercial storage system with 72 HDDs and supporting components was re-engineered to work with Iceotope’s precision single-phase immersion cooling. Specifically, the modified system used a dedicated dielectric loop connected to a liquid-to-liquid heat exchanger and pump. Single-phase cooling is much simpler than dual-phase – where the coolant boils from liquid to gas, travels into a condenser and then flows back into the system (hence dual-phase). Instead with single-phase, the coolant just flows around the hotter and cooler areas of the loop, doing its job without any phase change.

Four main observations were made by the Iceotope testing team. Firstly, the 72 HDDs showed very little variance in temperature (just 3° C) wherever they were located in the server array. It is important to highlight that the storage array used hermetically sealed helium-filled HDDs. Secondly, the liquid could climb in temperature to an easily manageable 40°C with no impact on reliability. Thirdly, the power consumption of the cooling system was <5% of the system total. Lastly, it was noticed that the single-phase precision cooling was virtually silent and vibration free.

Overall, these benefits can lead to improved TCO figures and greater reliability of the storage hardware. Thanks to the demonstrable benefits,  Iceotope’s solution can also be beneficial to a company’s environmental, social and governance (ESG) regulatory evaluations.

But of course, this is a study undertaken by a company that sells this service. So take it with a few grains of salt. And let huge companies like Meta incur conversion and cooling costs for at least a few years before deciding it’s worth it to liquid-cool the media collection currently sitting on your NAS drive.