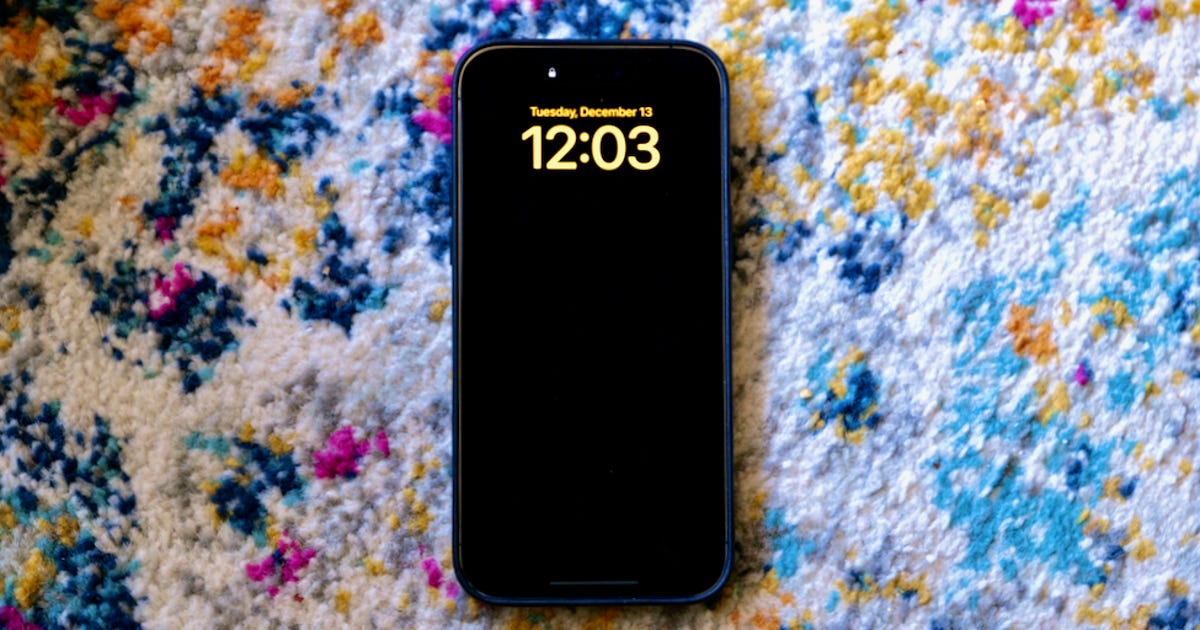 The iPhone 14 Pro and 14 Pro Max have a handful of flashy software changes, such as the Dynamic Island for showing system alerts and a highly anticipated always-on display. That latter feature isn’t new exactly. For years, Android devices have had an always-on display that shows essential information when the screen is off. What you see is a black screen with the time and date and sometimes icons for notifications. But the iPhone’s version has Apple’s own twist.

The 14 Pro’s always-on display shows the time and date (along with widgets) against a darkened version of your wallpaper photo instead of a black screen. I’ve been using the iPhone 14 Pro for nearly three months, and it took about half that time to get used to the always-on display because it looked like my phone was unlocked. While Apple deserves praise for figuring out a way to make the always-on display look nearly identical to the regular lock screen, there’s a problem. Some of us want an always-on display that’s more discrete and doesn’t draw attention.

Lucky for us, iOS 16.2 is the answer. Apple released iOS 16.2 which now has controls that let you turn off the wallpaper when the always-on display is active. That means you can finally have a solid black background for your iPhone’s always-on display without changing your lock screen’s photo.

If you want to try it out, go into Settings, tap Display and Brightness and choose Always On Display. From there, you will see options to show wallpaper or notifications. Disabling Show Wallpaper gets you a black always-on display.

In our tests, using the iPhone 14 Pro’s always-on display didn’t shorten battery life. But some people have had the opposite experience. For those who have experienced battery life issues, hopefully substituting the lock screen with a solid black background will address those concerns. I should also add that, in general, our tests found that the iPhone 14 series has a shorter battery life than the iPhone 13 series.