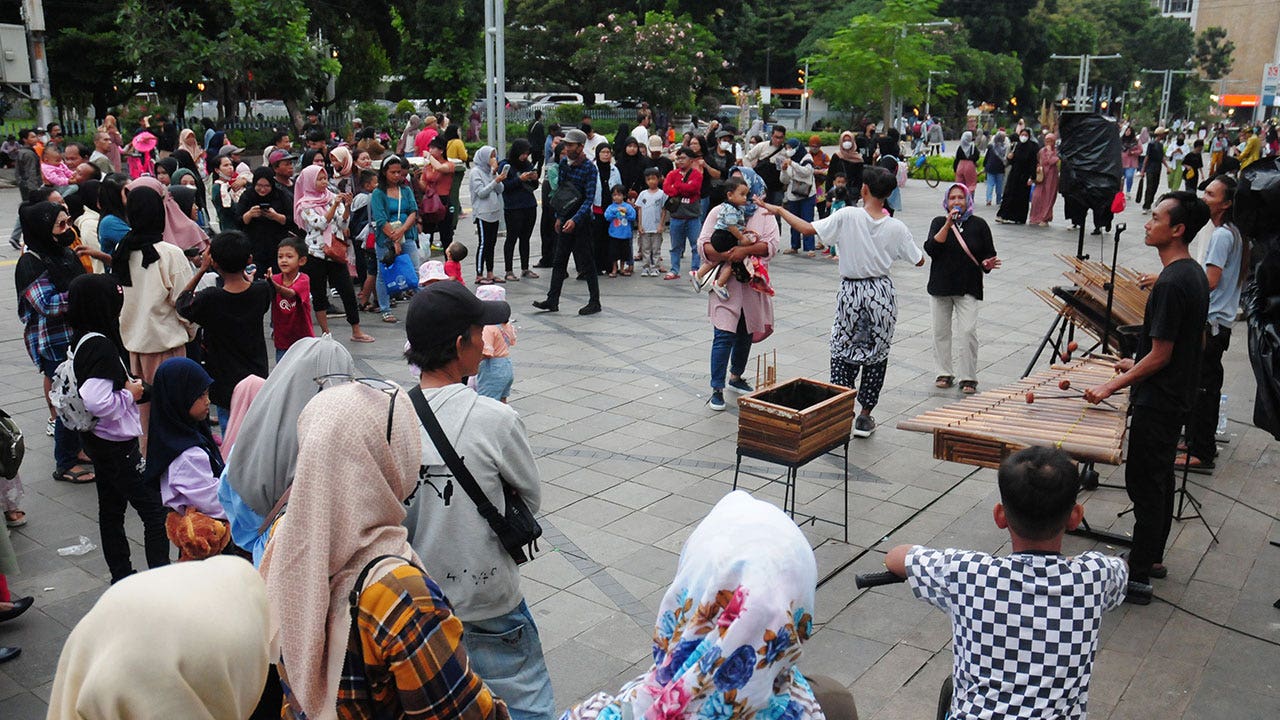 Indonesia on Friday removed all remaining measures to control the spread of COVID-19 effective immediately, since most of the country’s population already has antibodies against the disease, President Joko Widodo said.

“There will be no more restrictions on gatherings and movements,” the president told a news conference, noting that the decision was taken based on the latest infection figures.

Before the announcement, most mobility restrictions had already been removed for recipients of at least one booster vaccine shot, but authorities still required masks to be worn indoors and use of a COVID tracker app when entering most public spaces.

People gather at a public space after the Indonesian president announced the country will lift all remaining COVID-19 restrictions on Dec. 30, 2022.
(Dasril Roszandi/Anadolu Agency via Getty Images)

Jokowi, as the president is known, urged Indonesians to remain vigilant against the virus, including continuing to wear a mask indoors and when in a crowd.

At one point Indonesia had Asia’s highest rate of infections, but daily cases have fallen to below 1,000 most days in the past week, with hospitalisations and deaths relatively low.

Nearly 75% of Indonesians over the age of 6, or 174.7 million people, have received two vaccine shots and about 68.5 million have had at least one booster injection, according to health ministry data.