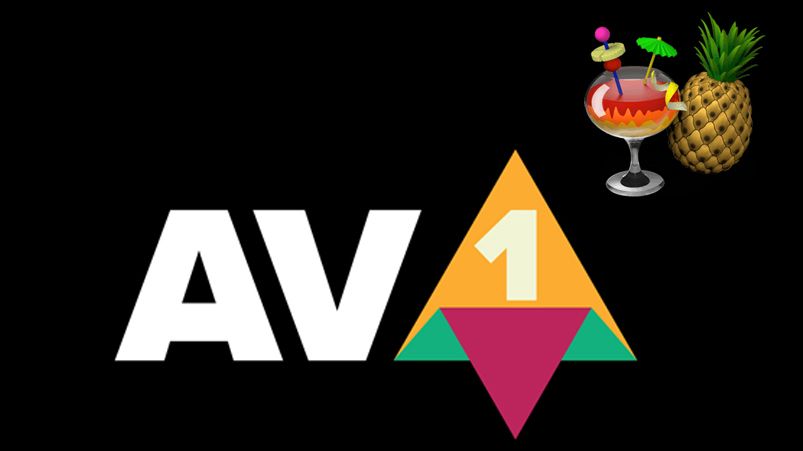 HandBrake, the popular free and open source video transcoder, has been updated to version 1.6.0. This major point upgrade is notable for facilitating AV1 video encoding for the first time in a general release. Moreover, those with Intel Quick Sync Video (QSV) enabled processors, and those with Intel Arc GPUs will be able to encode AV1 video with hardware acceleration.

HandBrake 1.6.0 can encode AV1 videos on any of its supported systems. In the current release its SVT-AV1 encoder offers the widest support, encoding on your processor through software. However, those with Intel QSV supporting CPUs or discrete Arc graphics can use the QSV-AV1 encoder for hardware accelerated processing. QSV isn’t supported if your CPU is an ‘F’ suffixed model (i.e. it doesn’t have an iGPU), or it is older than the Skylake generation. If you are lucky enough to have multiple QSV accelerators in your system, support for Intel Deep Link Hyper Encode should accelerate processing further. While AMD and Nvidia have AV1 encoders available for their latest GPUs, they currently aren’t integrated with HandBrake.

AV1 video is set to become the dominant codec across app-based streaming services and the wider internet, offering attractions such as; an open and royalty-free architecture, improved compression enabling efficient 8K video streaming, and support for the newest HDR standards. Developed by the Alliance for Open Media, the AV1 standard is expected to usurp the likes of H.264/AVC and HEVC, and it looks like a sure-fire winner with the support of tech giants like Amazon, Apple, ARM, Facebook, Google, Intel, Microsoft, Netflix, Nvidia, and Samsung.

Alongside the new AV1 transcoding support, the HandBrake developers have put together several 10-bit encoder profiles, and a handful of presets for dealing with typical AV1 encoding tasks. For those still interested in H.264 and H.265 encoding there are new profiles too. Meanwhile, a multitude of the app’s built in filters are updated in v1.6.0, with many of the updates implemented to support >8-bit color depths. The latest release notes on GitHub details all the above changes, as well as the updated libraries, and tweaks such as bug fixes on various platforms.

If you are interested in grabbing the latest HandBrake release to dabble in AV1 encoding, earlier versions of the transcoding utility are currently not seeing the update as available. Instead of waiting, you can head on over to the official downloads page and download and install or upgrade your existing version. HandBrake is available for Windows 10 or later, MacOS, and Linux.