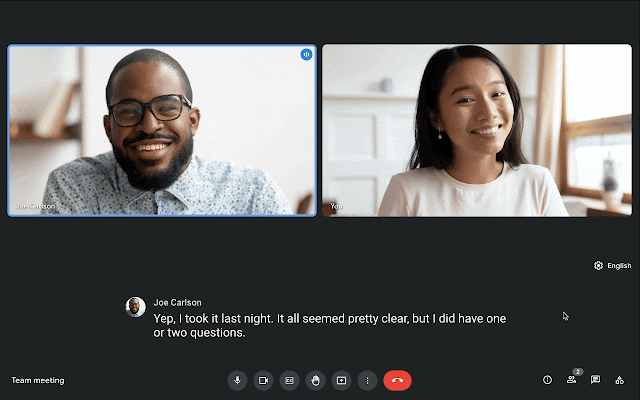 Google Meet has expanded its real-time translated captions feature of the video conferencing software to include some additional, and commonly requested languages.

Announcing the expansion in a post (opens in new tab) on the Google Workspace updates blog, the company said that English calls can now be translated into Japanese, simplified Mandarin and Swedish. French, German, Portuguese and Spanish calls, meanwhile, are now able to be translated into English.

First announced (opens in new tab) and released in beta in January 2022, the real-time translation feature looks to take the onus of making meetings as accessible as possible to participants by “removing language proficiency barriers” away from businesses, and simply make it a fact of life.

Google Meet’s real-time caption translation feature is an admirable effort to connect those across the globe, but Google seems intent on keeping it contained to the business world.

It is available only in meetings organised by users with a specific set of account types, all under the Google Workplace banner. These include Business Standard, Business Plus, Enterprise Standard, Enterprise Plus, Education Plus, and the Teaching and Learning Upgrade.

it’s unclear if Google Workspace Individual customers or personal Google accounts will gain access to translated captions in the future, or why the feature has been restricted thus far.

Previously, the feature was already capable of translating English meetings to French, German, Portuguese and Spanish, and available on both web and mobile devices.

IT admins looking to enable looking to take advantage of either feature don’t have to do anything besides ensuring their business has an eligible Workspace account.