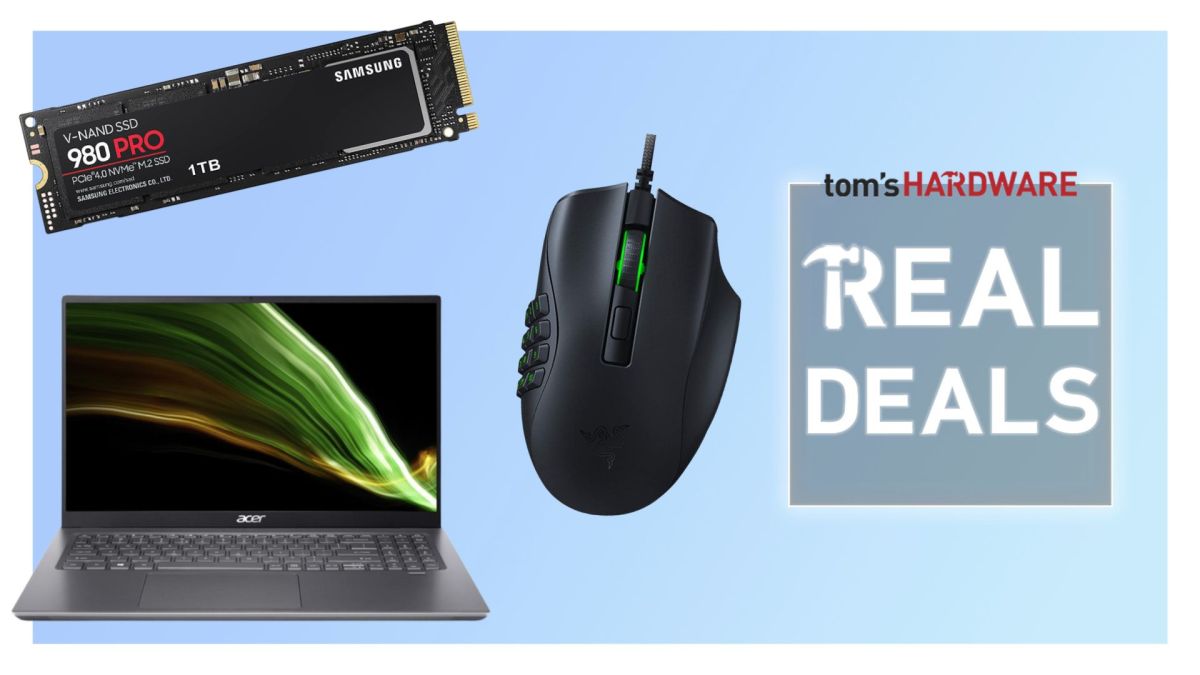 You can never have enough storage in your PC, laptop, or even games console, and if you want some of the best and the fastest, then the Samsung 980 Pro is up there. Combine its fantastic performance with this price and $99 for the Samsung 980 Pro 1TB (opens in new tab) is an awesome deal. See our review of the 980 Pro (opens in new tab) for more details on it’s performance and why it’s one of the best SSDs.

If you’re looking for a little budget gaming laptop for the holidays, this model the sub-$600 Acer Swift X might be the one for you. With a 16.1-inch FHD screen, an 11th Gen Intel Core i5 11320H CPU, and an Nvidia GeForce RTX 3050 (opens in new tab), it has some punch for playing games – maybe not on the highest settings, but certainly good enough for some portable playing when traveling around to your friends and relatives. The Acer Swift X is available from Newegg for $549 (opens in new tab).

MMO mice are certainly a niche peripheral; there aren’t that many games or applications that require you to have so many buttons at your thumb’s command, but if you play MMO’s like World of Warcraft, then you know the impact an MMO mouse can have on making it a lot easier to sling your spells.
Razer’s Naga X is reduced by 50% to just $39 at Amazon (opens in new tab) at the moment, so if you’re looking for a new MMO mouse in time for the holidays either for yourself or as a gift then this bargain could be the one. See our review of the Naga X (opens in new tab) for more of the pros and cons of this mouse.

And if you’re after a new screen, check out some monitor Real Deals below.