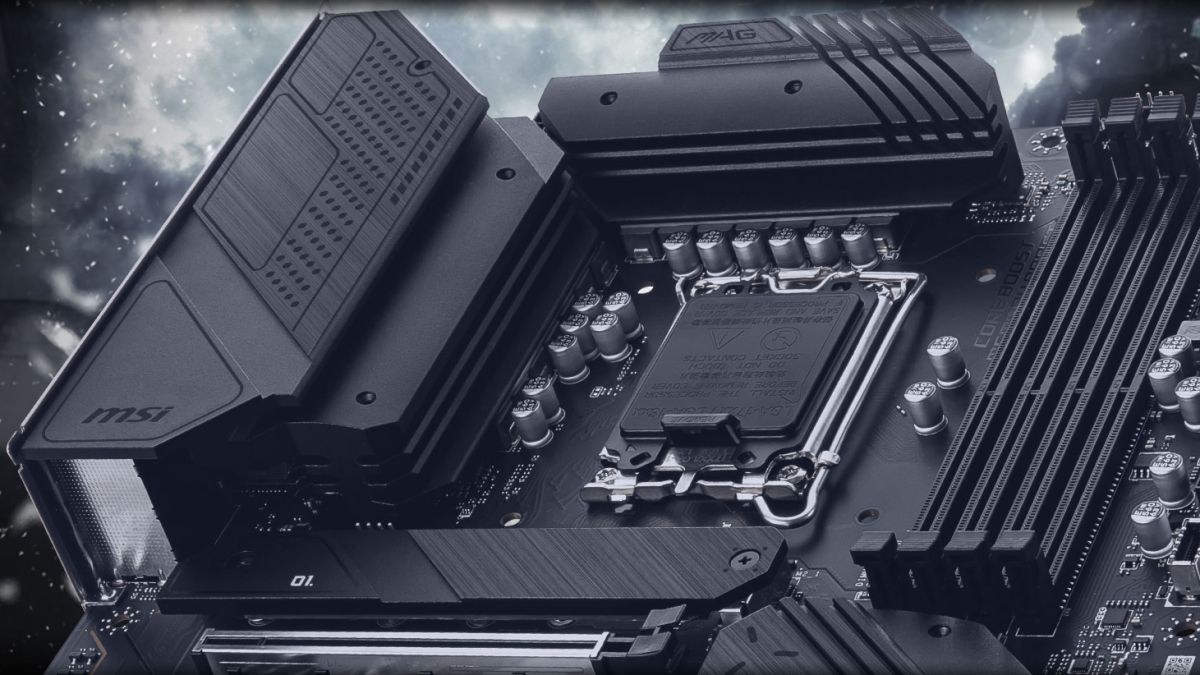 Videocardz shared a post earlier this morning showing leaked images of MSI’s upcoming B760 Tomahawk motherboard. This is the first motherboard we’ve seen to date packing Intel’s yet-to-be-announced B760 chipset. The motherboard greatly resembles its B660 predecessor, featuring the same ATX form factor, and design language. The motherboard also appears to share the same amount of storage options and PCIe slots as its predecessor, confirming previous rumors that B760 won’t be a massive upgrade over B660.

This MSI motherboard, along with other B760 models from other vendors, should be released sometime in early 2023, after Intel officially announces its B760 chipset, likely at CES which starts on January 5th.

Intel released the higher-end Z790 chipset alongside three fully unlocked processors when its 13th Generation Raptor Lake CPUs launched a few months ago. Intel decided to hold back the release of its non-overclockable 65W CPUs, and its lower-end 700 series chipsets until next year.

But during the launch Intel let slip SATA, USB and PCIe specifications for all 700 series chipsets, giving us a good idea of B760’s capabilities. The chipset will not be a significant upgrade over B660 in any shape or form. The only noteworthy upgrade is a change of PCIe revisions from Gen 3 to Gen 4 on some of the chipset lanes. So you’ll get some more bandwidth for add-in cards and fast storage compared to B660.

Videocardz’ images demonstrate this fact quite clearly, with the B760 Tomahawk. The board has a near identical layout to its predecessor, with the same amount of SATA ports, PCIe slots and M.2 storage solutions. We expect some of these slots will be upgraded to Gen 4, but users will get the same amount of physical slots and connectors as the previous generation board.

Rear I/O shares the same story, with the B760 Tomahawk having the same amount of USB ports, audio ports, and internet connectivity options as the B660 version. But, four of the Type-A ports have been upgraded to 10Gbps, you get 20Gbps on the Type-C port and a WiFi upgrade from version 6 to 6E. So at least there is an upgrade here in some form. But if the price increases quite a bit from this gen to the last, and this board is an indication of what’s to come for B670, lots of people building mainstream gaming and computing rigs are going to be better off opting for the B660 options as long as they’re still available.

B760 Will Be More Expensive

These minor upgrades would be fine if platform prices remained the same, but sadly this will not be the case. We recently covered a report that expects B760 prices to jump by 10% over B660 upon release.

We expect this price hike to affect B760’s sales in a noticeably way. Most mainstream consumers will rarely ever use the capabilities PCie Gen 4, and ultra fast USB connectivity can offer. Most of Intel’s B series chipset motherboards are used in standard consumer applications that involve causal browsing, gaming, and video playback duties.

This is compounded by the fact Intel’s B660 chipset is already a very capable platform for support of both 12th Gen Alder Lake and 13th Gen Raptor Lake parts – with the only requirement being a BIOS update to unlock 13th Gen compatibility.

This should incentives buyers to go back and buy Intel’s older B660 platform which  offer the same computing experience as its successor, save for the select few who will actually utilize B760’s higher bandwidth ports. Hopefully Intel’s partners can find ways to make B760 more competitive, but it seems like B660 will be the best budget option for both Alder Lake and Raptor Lake systems.