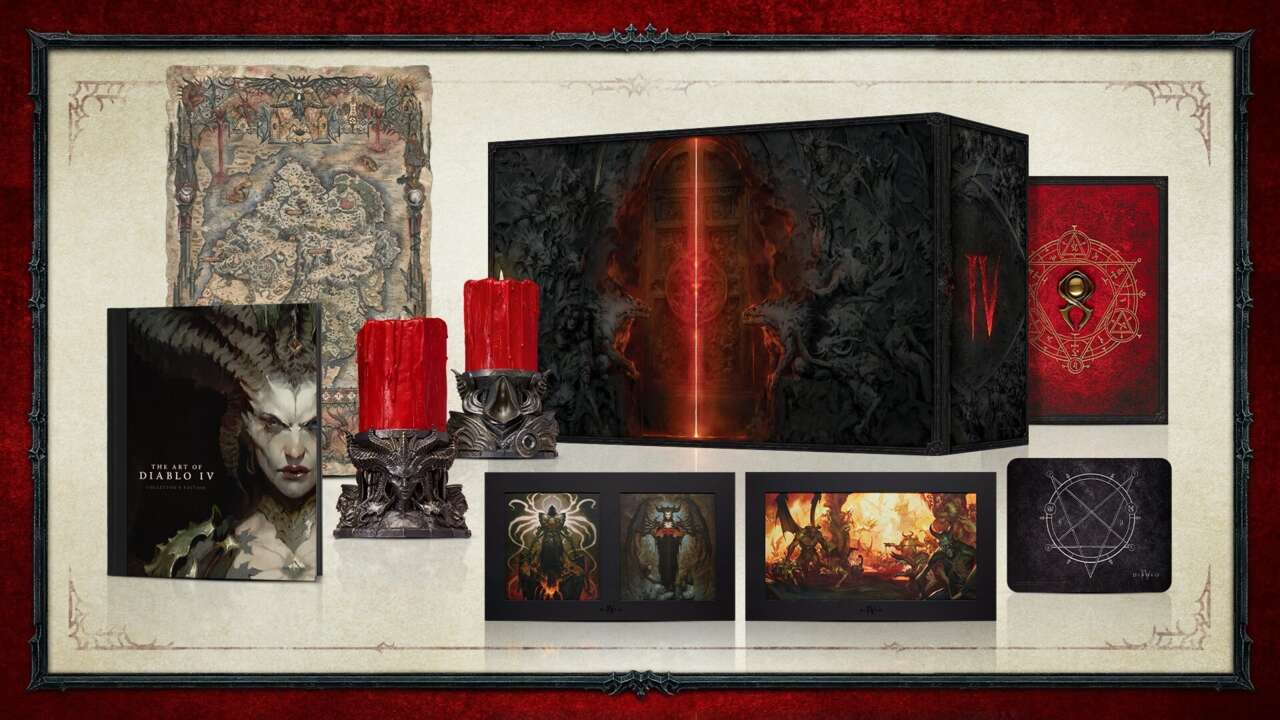 Diablo IV’s collector’s edition is now available for preorder on the Blizzard Gear Store, and includes an artbook, map of Sanctuary, a “Candle of Creation,” and more.

Blizzard went over each piece of the collector’s edition in a recent livestream. Priced at $96.66, the collector’s edition does not include an actual copy of Diablo IV, but does have a bunch of other goodies for fans of the game to enjoy. Of particular note is an electric candle that sports the visages of both the angel Inarius and the demon Lilith, who both play key roles in the story of Diablo IV.

Other items included in the collector’s edition include a detailed cloth map of Sanctuary, a pin representing the ancient Horadrim brotherhood (who game director Joe Shely in a livestream said play a large part in Diablo IV’s story), and an occult mouspad. It wouldn’t be a Blizzard collector’s edition without an artbook, and that is included as well, with over 300 pages of art that were used to craft the look and feel of Diablo IV. Art-lovers will also enjoy two framed art prints, one depicted Lilith and Inarius and another featuring the armies of Hell.

The Diablo IV collector’s edition notably does not include any in-game items, which are instead awarded for preordering Diablo IV either on PC via Battle.net or on consoles. It’s also worth mentioning that this collector’s edition won’t arrive when Diablo IV does on June 6, 2023. The preorder page for the collector’s edition states that the product won’t ship until June 30, 2023, meaning adventurers will have been hacking and slashing their way through Sanctuary for almost a full month before it is likely to arrive for those who preordered.

Diablo IV recently made a big splash at The Game Awards, where the game’s official release date was revealed amidst reports of crunch and mismanagement at Blizzard as the development team pushes to ready the game for its June, 2023 release.

In a recent hands-on preview, we said Diablo IV appears to be on the right track, “delivering on its promise of giving players far more agency than before in how they both play and build their favorite characters, while also providing more ways to tackle content and choose the activities that interest them first.”