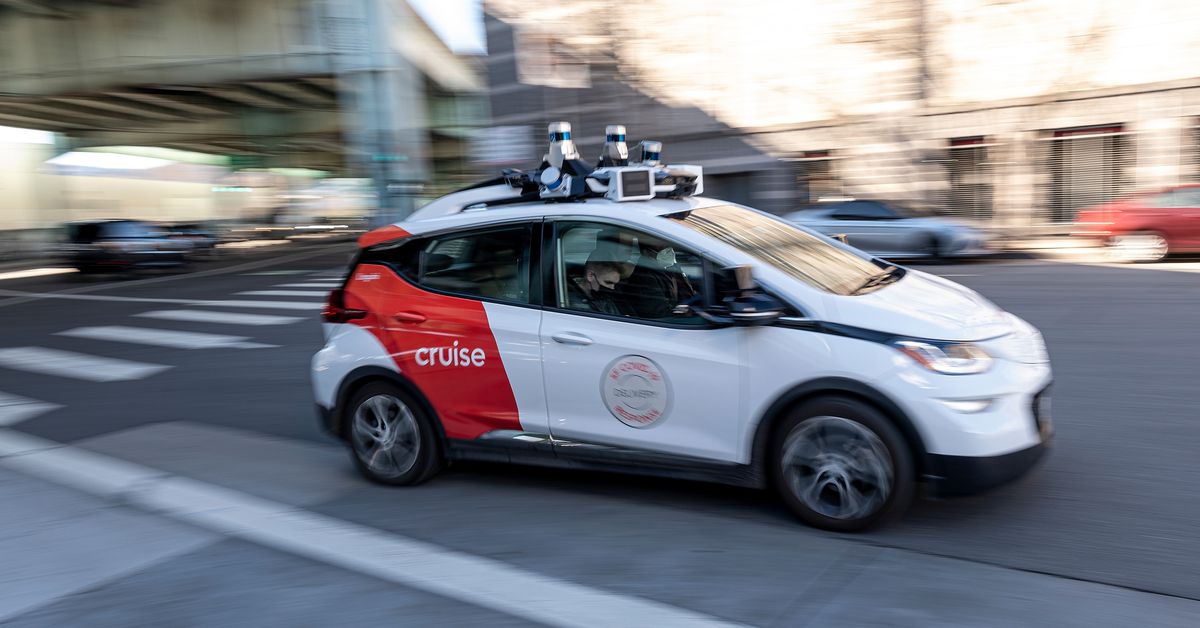 The National Highway Traffic Safety Administration has launched an investigation into General Motors’ Cruise, citing incidents in which the company’s autonomous vehicles have blocked the road or caused rear-end collisions.

NHTSA is examining incidents in which Cruise’s vehicles “engage in inappropriately hard braking or become immobilized.” There are three incidents that the agency is probing in which Cruise vehicles were struck from behind after braking suddenly. In each incident, a safety driver was present in the vehicle.

“Although the two types of incidents appear to be distinct, they each result in the Cruise vehicles becoming unexpected roadway obstacles,” NHTSA states in its report. “This may introduce multiple potential hazards such as a collision with a Cruise vehicle, risk to a stranded passenger exiting an immobilized Cruise vehicle, or obstruction of other traffic including emergency vehicles.”

“Although the two types of incidents appear to be distinct, they each result in the Cruise vehicles becoming unexpected roadway obstacles.”

A spokesperson for NHTSA said that the investigation encompasses all of Cruise’s autonomous vehicles in San Francisco, which the agency estimates at 242 vehicles. An investigation of this nature is the first step in a process that could lead to a potential recall. (Earlier this year, Cruise issued a recall on its automated driving system after a crash resulted in minor injuries.)

“The investigation will determine the scope and severity of the potential problem and fully assess the potential safety-related issues posed by these two types of incidents,” the spokesperson said.

Last year, NHTSA issued a Standing General Order requiring automakers and tech companies to report crashes involving AVs as well as Level 2 driver-assist systems. The agency requires companies to document crashes when ADAS and automated technologies were in use within 30 seconds of impact.

The news of the investigation comes as Cruise and its rival Waymo are seeking to counter increasingly dour predictions about the viability of AVs by expanding their service areas in San Francisco and increasing the number of fully driverless vehicles on the road. Cruise was approved this week for a permit by the California DMV to expand its service area to include the entire city of San Francisco, according to a letter from the agency.

A bigger service area and more vehicles have also brought more scrutiny onto the company, especially when its vehicles act strangely. A driverless Cruise vehicle was pulled over by a police officer, only to suddenly drive away as the officer was looking through the window. A half dozen Cruise vehicles stopped working at a busy intersection, blocking traffic for several hours. San Francisco officials have received at least two dozen 911 calls regarding autonomous vehicles this year.

The increasing number of incidents has led city officials to complain to federal regulators. In September, San Francisco’s transportation agencies sent a letter to NHTSA, citing incidents of “erratic driving,” “blocked traffic,” and the delaying of emergency vehicles. Still, the city expressed willingness to continue to allow Cruise to operate vehicles on its roads.

“San Francisco believes these incidents reflect the simple reality that the Cruise AV automated driving system is still under development,” the city said in its letter. “We do not expect perfection.”

In a statement, a spokesperson for Cruise defended the company’s safety record but acknowledged that it would work with investigators.

“Cruise’s safety record is publicly reported and includes having driven nearly 700,000 fully autonomous miles in an extremely complex urban environment with zero life-threatening injuries or fatalities,” said Drew Pusateri, a spokesperson for Cruise. “This is against the backdrop of over 40,000 deaths each year on American roads. There’s always a balance between healthy regulatory scrutiny and the innovation we desperately need to save lives, which is why we’ll continue to fully cooperate with NHTSA or any regulator in achieving that shared goal.”