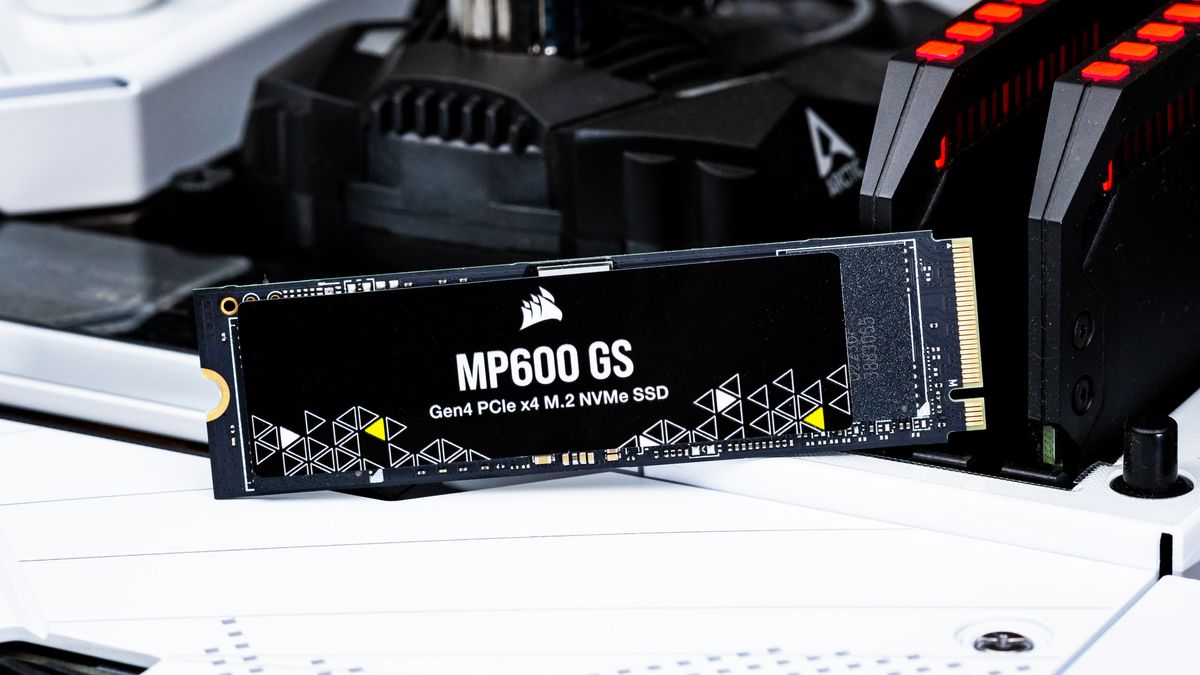 The Corsair MP600 GS is another decent mid-range PCIe 4.0 SSD, although it feels like it’s arriving too late and at too high a cost. It’s nice to have this level of performance in this price range and get it at up to 2TB, but there’s a lot of competition in this challenging market.

The MP600 GS has no real issue stepping over older PCIe 3.0 SSDs, including those with DRAM, in both performance and efficiency. Between drives in its own class however, the main thing that sets it apart is its unique pSLC setup. There’s also the Corsair name to consider, which may carry some weight, but the actual hardware is nothing new.

This drive could use a price cut, or Corsair could have made it more attractive with a heatsink option. The uniquely-sized pSLC cache is such that the MP600 GS has very good sustained write performance and consistency, which would also be a good fit with a heatsink. It seems likely Corsair simply wanted to jump on the mid-range bandwagon – and there’s nothing wrong with that. But without a price cut at least, the MBP600 is too little, too late.

The MP600 GS is a mid-range PCIe 4.0 SSD offering up to 4,800/4,500 MBps for sequential reads and writes and up to 530K/1000K read and write IOPS at 2TB. This drive has a full 5-year warranty, with up to 600TB of rated writes per TB of capacity. Corsair also lists encryption support which, although supported on the Phison E21T controller, is only optionally activated by the manufacturer. Similar drives, like the UD90, lack this feature.

Corsair does provide an SSD toolbox for download. This piece of software allows you to check the drive’s health data via S.M.A.R.T. and discover other pertinent information about the drive. Features include secure erase, disk clone, and TRIM functionality. It feels a bit rudimentary, but it gets the job done without having to go searching for a third-party option.

Corsair has gone with a minimalist design on the MP600 GS. Under the top label, we spot a controller wedged between four NAND packages – two to each side. This is single-sided at 2TB, which means it’s slim enough for any M.2 device.

The controller is a Phison E21T. We’ve seen this on the UD90 and Team Group’s MP44L, which have the same basic hardware as the MP600 GS. The E21T has also shown up with QLC on the Crucial P3 Plus and Crucial P3. We have nothing bad to say about this controller. Its peers include the InnoGrit IG5220 and the SMI SM2269XT, the former particularly well-known and used in the HP FX900 and Patriot P400. However, a new manufacturer by the name of TenaFe looks to shake up the field, so drives with its TC2200 controller may soon invade the E21T’s space.

The flash is labeled IA8HG94AYA, which we know to be Micron’s 176-layer TLC. This flash is ubiquitous and has proven to offer great performance with decent power efficiency.