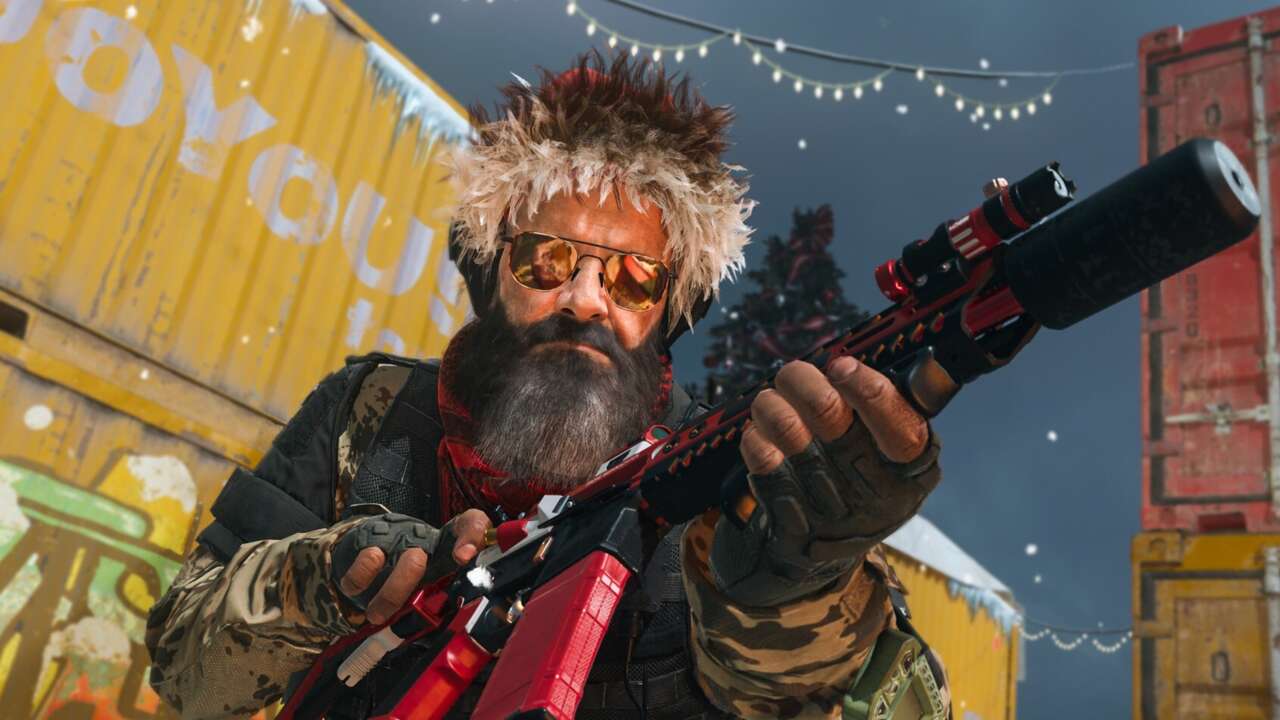 Activision has announced that the mid-season update for Season 1 of Modern Warfare 2 and Warzone 2 arrives on December 14. Season 1 Reloaded will add Shipment as the “new” multiplayer map, a soccer-themed Warzone LTM, and Call of Duty’s first-ever Raid. Here we highlight the biggest announcements of the update.

For battle royale, Call of Duty continues to celebrate the Men’s World Cup by adding a Rocket League-style “Warzone Cup” as a limited-time mode. This mode brings two teams of three players to a soccer field with ATV action. Players will have special ATVs with a pulse ability to push a massive soccer ball into the other team’s goal. The winner of a Warzone Cup match is the first team to score five goals, or the team with the most goals at the end of the five-minute time limit.

Warzone 2’s DMZ mode is getting a brand-new location, which Activision describes as a classified building codenamed Building 21, and players will need to uncover how to find and access the new area. The location is teased to have high-tier Contraband weapons and loot.

For multiplayer, the Shipment map from 2007’s Modern Warfare is making a return with the mid-season update, but this version of the classic map features a stormy setting on a cargo ship at sea. The map will also be holiday-themed and the festive visual overhaul will stick around from December 21 through January 4.

In addition to a new map, players can also expect Call of Duty’s first Destiny-style Raid with the launch of Episode One: Atomgrad. Activision says the Raid will continue from the events of the Modern Warfare 2 campaign, following Price, Farah and Gaz as they make a grim discovery in an underground bunker. Players who successfully complete this Raid will unlock a “familiar face” as a brand-new operator to use across multiplayer and Warzone 2. The first completion will also unlock a harder difficulty playlist to test a player’s skill. Additionally, there will be intel to find that awards additional cosmetic items and story info.

Season 1 Reloaded also includes one new weapon and two new operators. The new Chimera assault rifle is being added for Modern Warfare 2 and Warzone 2, and the weapon will be available to unlock either for free with an in-game challenge or the gun can be purchased outright in a store bundle.

For the new operators, Gaz from Task Force 141 is headed to the shop, and there is a new character called Klaus Fisker. Klaus is described as being a member of Denmark’s Elite Special Forces and a living legend with night vision, and he’s also decked out with a Santa hat and holiday-themed costume.

Finally, double XP and double weapon XP rates will be active across all platforms during the extended launch weekend, running from December 15 – 19. PlayStation users will get the perks of having double XP a day early with access on December 14.

Make sure to check out our guide on how to prepare for Modern Warfare 2’s first Raid. Season 1 already added two free weapons in the battle pass, and a third gun is available to unlock in Warzone 2’s DMZ mode. Here’s our guide for how to unlock the M13B assault rifle in DMZ.