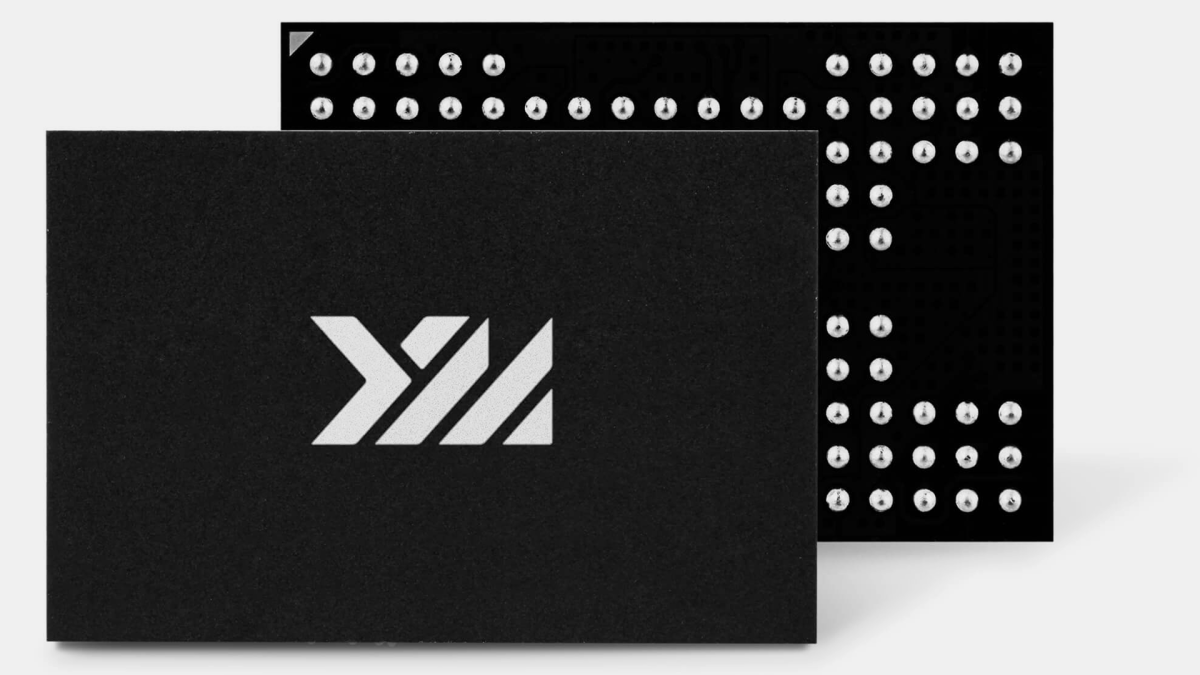 Yangtze Memory Technologies Corp (YMTC) won’t be able to produce competitive 3D NAND memory in a couple of years after being placed on the U.S. Commerce Department’s Entity List, says TrendForce. Following the sanctions, it will become difficult for the company to procure wafer fab equipment (WFE) and other goods from U.S.-based companies, hampering its bit growth. On the other hand, its partners outside of China may cease working with YMTC.

Due to the blacklist, the U.S. DoC will review all individual transactions of wafer fab equipment, software, technologies, support services, and other goods of U.S. origin to the Chinese 3D NAND maker. Such export license applications are reviewed with the presumption of denial, so every procurement process is becoming tough and prolonged for YMTC.

This will have a particularly drastic effect on YMTC’s bit output increase as it involves procuring loads of advanced tools from various companies, including those from the U.S., Japan, and the Netherlands. Since getting new equipment from the U.S. is now arduous, YMTC will be severely constrained with its 3D NAND output increase. Furthermore, suppose Japan and the Netherlands follow the U.S. with restrictions against the Chinese semiconductor industry. In that case, it will get even more challenging for YMTC and other companies in the People’s Republic to procure WFE from foreign companies.

TrendForce initially believed that YMTC’s 232-layer 3D NAND memory ramp featuring the Xtacking 3.0 architecture and other measures would uplift the company’s bit output by 60% in 2023 compared to 2022. However, after the U.S. government imposed sweeping sanctions against Chinese chipmakers in October, it revised its forecast to an 18% increase. Now that YMTC is blacklisted, TrendForce believes its bit output will decrease by 7% year-over-year in 2023.

Since it will be close to impossible for YMTC to procure leading-edge fab tools and other technologies from American companies, YMTC will lose its competitiveness due to technological stagnation, TrendForce asserts. By contrast, other 3D NAND makers will have transitioned to 200-layer 3D NAND memory by 2024 and might even start making leading-edge 300-layer 3D NAND products for the best SSDs by that time.

If YMTC does not keep up with its peers with a 232-layer 3D NAND ramp, it will lose market share as flash memory from companies like Micron, SK Hynix, and Samsung will be more cost-effective.

Another reason why YMTC is set to lose market share is that companies from outside of China may prefer not to work with a company in the U.S. DoC’s Entity List. TrendForce claims that P.C. OEMs planning to qualify YMTC’s client SSDs have ‘temporarily halted the customer sampling and adoption process.’ As a result, analysts believe that YMTC will be forced to focus solely on its domestic market.

TrendForce thinks that to survive, YMTC might need to transition to making specialty 2D NAND flash or even transform into a contract maker of chips focusing on mature fabrication processes.