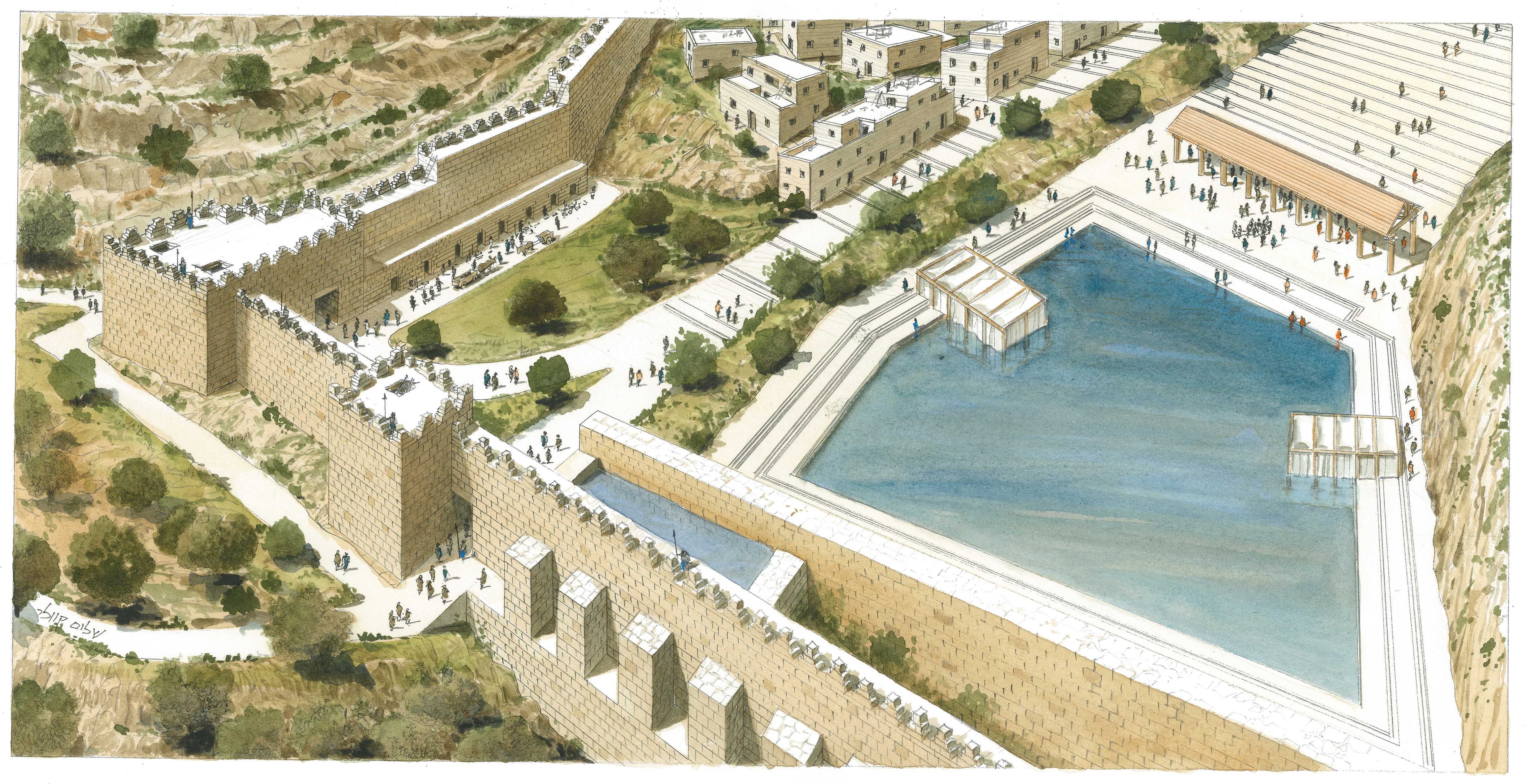 JERUSALEM — The Israel Antiquities Authority, the Israel National Parks Authority and the City of David Foundation announced days before the new year that the Pool of Siloam, a biblical site cherished by Christians and Jews, will be open to the public for the first time in 2,000 years in the near future.

“The Pool of Siloam’s excavation is highly significant to Christians around the world,” American Pastor John Hagee, the founder and chairman of Christians United for Israel, told Fox News Digital. “It was at this site that Jesus healed the blind man (John:9), and it is at this site that, 2,000 years ago, Jewish pilgrims cleansed themselves prior to entering the Second Temple.

“The Pool of Siloam and the Pilgrimage Road, both located within the City of David, are among the most inspiring archeological affirmations of the Bible.

“Christians are deeply blessed by the City of David’s work and Israel’s enduring commitment to ensuring religious freedom to all who visit and live in the Holy Land, especially Jerusalem — the undivided capital of Israel.”

‘JESUS’ FACE’ UNCOVERED AT ANCIENT CHURCH IN THE ISRAELI DESERT

Ze’ev Orenstein, the director of international affairs for the City of David Foundation in Jerusalem, told Fox News Digital, “One of most significant sites affirming Jerusalem’s Biblical heritage — not simply as a matter of faith, but as a matter of fact — with significance to billions around the world, will be made fully accessible for the first time in 2,000 years.”

The Pool of Siloam is situated in the southern portion of the City of David and within the area of the Jerusalem Walls National Park.

CHURCH OF THE APOSTLES DISCOVERED NEAR SEA OF GALILEE, ARCHAEOLOGISTS SAY

A small section of the pool, which has been fully excavated, has been accessible to the public for several years. The vast majority of the pool is being excavated and will either be opened piecemeal or once the entire site is unearthed. The archeological project to fully excavate the pool will last a few years. There is a plan for space for visitors to the pool to view the ongoing excavation.

“Despite ongoing efforts at the United Nations and Palestinian leadership to erase Jerusalem’s heritage, in a few years time, the millions of people visiting the City of David annually will literally be able to walk in the footsteps of the Bible, connecting with the roots of their heritage and identity,” Orenstein noted.

The Siloam Inscription dating from the eighth century B.C. found in Hezekiah’s Tunnel describes in early Hebrew script the drama of digging the tunnel.
(Zeev Radovan City of David archives)

The pool was first built roughly 2,700 years ago as part of Jerusalem’s water system in the eighth century B.C. The construction unfolded during the reign of King Hezekia  as cited in the Bible in the Book of Kings II, 20:20, according to the two Israeli agencies and the City of David Foundation.

According to estimates, the Pool of Siloam passed through many stages of construction and reached the size of 1¼ acres.

“When I think of this news, I think of another phrase from the Hebrew Bible, ‘My ears have heard of you, but now my eyes have seen you,'” Rev. Johnnie Moore, president of the Congress of Christian Leaders, told Fox News Digital.

“This news means that one of the most important archeological discoveries in history can soon be seen by visitors from all over the world. It will affirm all they believe. Having faith is part of worshipping God, but faith alone isn’t required to believe. There are historic facts attesting to the truth of Scripture.”

Moore, who is the on the advisory board of The Combat Antisemitism Movement, added, “In the Pool of Siloam, we find evidence of history preserved for us, revealed at just the right time. This is a truly historic event. Theologically, it affirms Scripture, geographically it affirms history and politically it affirms Israel’s unquestionable and unrivaled link to Jerusalem. Some discoveries are theoretical. This one is an undeniable. It is proof of the story of the Bible and of its people, Israel.”

Northern perimeter of the Pool of Siloam
(Koby Harati, City of David Archives)

A stroke of luck revealed the pool in 2004 when infrastructure work carried out by the Hagihon water company uncovered some of the pool’s steps. The Israel Antiquities Authority (IAA), under supervision of professors Roni Reich and Eli Shukron, launched a survey. As a result, the northern perimeter, as well as a small section of the eastern perimeter of the Pool of Siloam, were uncovered.

“The perimeter of the pool was built as a series of steps, allowing the bathers to sit and immerse themselves in the waters of the pool,” according to the IAA.

Mayor of Jerusalem Moshe Lion, said, “The Pool of Siloam in the City of David National Park in Jerusalem is a site of historic, national and international significance. After many years of anticipation, we will soon merit being able to uncover this important site and make it accessible to the millions of visitors visiting Jerusalem each year.”