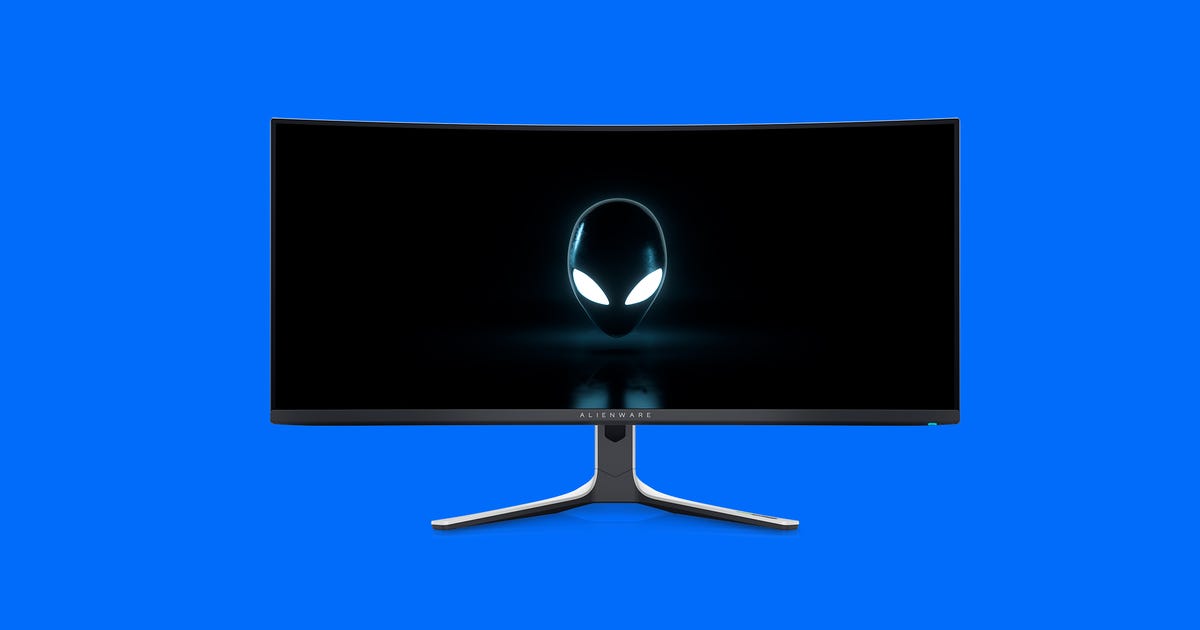 Though money’s tight for a lot of folks right now, the days of desperately hunting for a $200 monitor for every member of a suddenly working-and-schooling-at-home family are long gone.

Now you have time to think about whether that emergency purchase still suits your needs. (Has your isolation-induced interest in gaming or design changed your priorities?) You also have the time to budget for a new model you’re aspiring for.

Read more: How to Buy a Gaming Monitor

Which is the best monitor?

As with many categories of tech products, “best” can be quite subjective regardless of how objective your testing is. For instance, I prioritize color accuracy over thin bezels and sleek curves. So I tend to refer to my top picks as “favorites” (or “top picks”) rather than “bests.” And while expensive monitors aren’t necessarily better than cheaper ones, you usually have to spend more or make compromises, especially for more specialized displays for color work or gaming.

With that in mind, my favorite overall monitor from the pool I’ve tested this year is the Alienware 34 QD-OLED. It’s pricey at $1,100, but it has great image quality, excellent color and class-leading gaming performance. It’s also widescreen, which is a perk for work.

A bigger screen but for a lot less is Innocn’s 40-inch 40C1R at $600. It’s not nearly as good, but it’s good enough all around — especially if you can find it when the price dips.

I want you to know that between remote work and a move to new offices, it’s been a slow ramp-up this year for monitor testing and reviews, but you can start expecting a more consistent review schedule and updates to this list.

If you need advice on whether a particular type of monitor is right for you, there are some answers to common questions at the bottom of the list and a lot more guidance available in our general monitor and gaming monitor buying guides.

The combination of OLED with Samsung’s Quantum Dot color technology makes this Alienware 34-inch a standout. With great gaming performance and quality, terrific color and tonal accuracy (notably in the dark shadow areas, where OLED is weak), true HDR support, a USB hub, a solid set of controls and an above-average three-year warranty against burn-in, it really is hard to beat. It’s not perfect: It doesn’t have speakers, though the ones built into monitors tend to be pretty lame, and I’m not thrilled with the design of the connector layout and cable management, to mention a couple nitpicks. But it’s certainly a top all-around choice.

In September, Alienware announced a followup model, the AW3423DWF, which will be less expensive at $1,100. As far as I can tell, it’s essentially the same panel, but instead of G-Sync, it supports FreeSync Pro and new VESA Adaptive-Sync, two DP connectors and one HDMI versus the opposite on the older model and 120Hz VRR when hooked up to a console. There might be some other tweaks since it loses the extra overhead of the G-Sync silicon (for instance, it supposedly can mount closer to a wall with a VESA mount). It’s expected to go on sale in the US in early November.

The 40-inch flatscreen Innocn trades some excellence for value, making it a solid general-purpose monitor if you need a big ‘un for less and are OK with above average, but not best-in-class, gaming or color-critical accuracy. Plus, it ships with VESA mounting hardware in the box, which is convenient if you want to mount it on a wall or an arm, and unlike a lot of “value” competitors, it has a USB-C connection with 90 watt power delivery.

Like many big-for-less displays, the Innocn has somewhat low resolution for its size — 3,440 x 1,440 — but if you normally scale your view, then it should suit. Gaming is solid, but if you play games with really fast moving action, the motion artifacts may bother you. It does handle 144Hz (DP) and 100Hz (HDMI) refresh rates, though. And it has a lot of features that are either minimally effective or undocumented.

One of my pet peeves with the majority of monitors is the location of all the connectors in a hard-to-reach recess. That’s not an issue if you never have to get to the USB ports or swap the video cables. But if you do, then this HP stands out for its diamond-angled back that essentially puts all the connectors on the sides. It’s no slouch as a monitor either. My unit required a little tweaking to hit some better color accuracy, but was quite good afterward. And it’s great for both PC and console gaming, with support for 4K at 144Hz over DisplayPort and 4K/120Hz VRR compatible with consoles. Plus it’s got a USB hub.

Don’t get it if you want real HDR or are swayed by the lure of speakers — the latter are good for boop-and-beep notifications, for example, but can’t replace a real speaker system or headset. And my one peeve about the design is the stand’s inability to swivel.

Dell’s IPS Black panel in this 32-inch monitor (plus webcam, mic and speakers) delivers the broad color gamut of IPS plus deeper blacks, which means higher contrast than usual. And that translates to easier on the eyes for long days in front of the screen.

The “videoconferencing” refers to a tilting 4K webcam, 12w speakers, mic array, on-bezel videoconferencing touch controls and extra work perks like power delivery and monitor daisy chaining, a ton of USB connections for docking and more. If you like your desk to look like it’s a stock photo, it’s a clean solution. And some of the USB ports are even within easy reach.  Since most of the features are controlled in software, this isn’t a good choice for Mac users.

It’s expensive, but it does include the equivalent of a webcam, conference phone and hub. So if you need those, it somewhat mitigates the sticker shock. If and when it goes on sale, it will also be a good value.

Dell released firmware that it says addresses at least some of the nitpicks I had when I reviewed it — mostly about the sound and image quality for the mic and camera — but I was unable to go back and retest.

Pricey but pretty — with excellent color accuracy and reference profiles plus a good, six-speaker audio system — the Apple Studio Display gives Mac ecosystem fans exactly what one expects from Apple.

That includes some of the downsides as well, such as no physical controls, no HDR, extra cost for a stand that lets you adjust the height (with no swivel or rotation), a single input connection and the three USB-C ports on the back rather than easily accessible.

HyperX Armada 27 ($479): HyperX’s first foray into gaming monitors feels a little like a test balloon. Parent company HP already sells an Omen line of gaming monitors, and it seems like a monitor-plus-arm is just an attempt to differentiate. The
Armada 27 is a fine 165Hz, 1440p gaming display and the arm comes with parts for multiple types of mounting, but I wasn’t a huge fan of the arm design and there are better 27-inch 1440p monitors for the money.

Sony InZone M9 ($900): This PlayStation-optimized — but not from Sony’s PlayStation division — monitor is a great HDR experience (DisplayHDR 600 with 96-zone local dimming) and works as advertised with the PS5. If you plan to mount it on an arm or VESA-compatible stand, then bump my opinion up a few notches; over time, I’ve grown to dislike the stand design more and more. Plus, the InZone M9 takes forever to cycle through inputs in auto input select mode on a multimonitor/input system.

What screen size do I need?

Everything being equal, and if you’ve got the space and budget, bigger is almost always better. Screen size labeling is based on the length of the diagonal: That made it easy to compare when almost every screen had the same aspect ratio (the ratio of the number of horizontal pixels to vertical pixels). But wide and ultrawide screens on desktop and newer ratios on laptops (such as 3:2 or 16:10) make it a little more difficult.

If you remember your geometry and algebra, you can calculate the width and height of the display if you also know the aspect ratio (because width/height = aspect ratio and width² + height² = diagonal²). The further from 1:1 the aspect ratio is, the wider the screen and the more the sides will be out of your center of vision if you’re up close. The calculation will also let you figure out the physical dimensions of the screen, most notably the width, to ensure it will fit in the allotted space. DPI Calculator can do the math for you.

Should I get two screens or one ultrawide?

This really depends on what you’re doing. For instance, if you want a really fast gaming monitor for play and a high-resolution display for work, it’s a lot cheaper to get two than a single one that does both. Or if you need a color-accurate monitor for design but want a high-brightness one for gaming, it’s also a lot cheaper to get two smaller ones — I have two 27-inch models for that reason. But if you just need a ton of screen space, a single ultrawide might be simpler.

Need more guidance? We’ve got more detailed info on what to look for in a general-purpose monitor and more specifically what’s important in a gaming monitor.

All measurements are performed using Portrait Display’s Calman Ultimate 2021 R4 software using a Calibrite ColorChecker Display Plus (formerly X-Rite i1Display Pro Plus) and a Murideo Six-G pattern generator for HDR testing where necessary, or the Client3 HDR patterns within Calman, where possible. How extensive our testing is depends on the capabilities of the monitor, the screen and backlight technology used, and the judgment of the reviewer.

On the most basic models we may stick with just brightness, contrast and color gamut, while on more capable displays we may run tests of most user-selectable modes for gaming or color-critical usage, uniformity and so on. For the color work, we may also run tests to verify how white point accuracy varies with brightness.

Color accuracy results reported in units of Delta E 2000 are based on Calman’s standard Pantone patch set, plus the grayscale and skin tone patches. White points results are based on both the actual white value plus the correlated color temperature for the entire gray scale (21 patches, 0 to 100%) rounded down to the nearest 50K as long as there are no big variations. We also use Blur Busters‘ motion tests to judge motion artifacts (such as ghosting) or refresh rate-related problems that can affect gaming.

The best laptops in every category