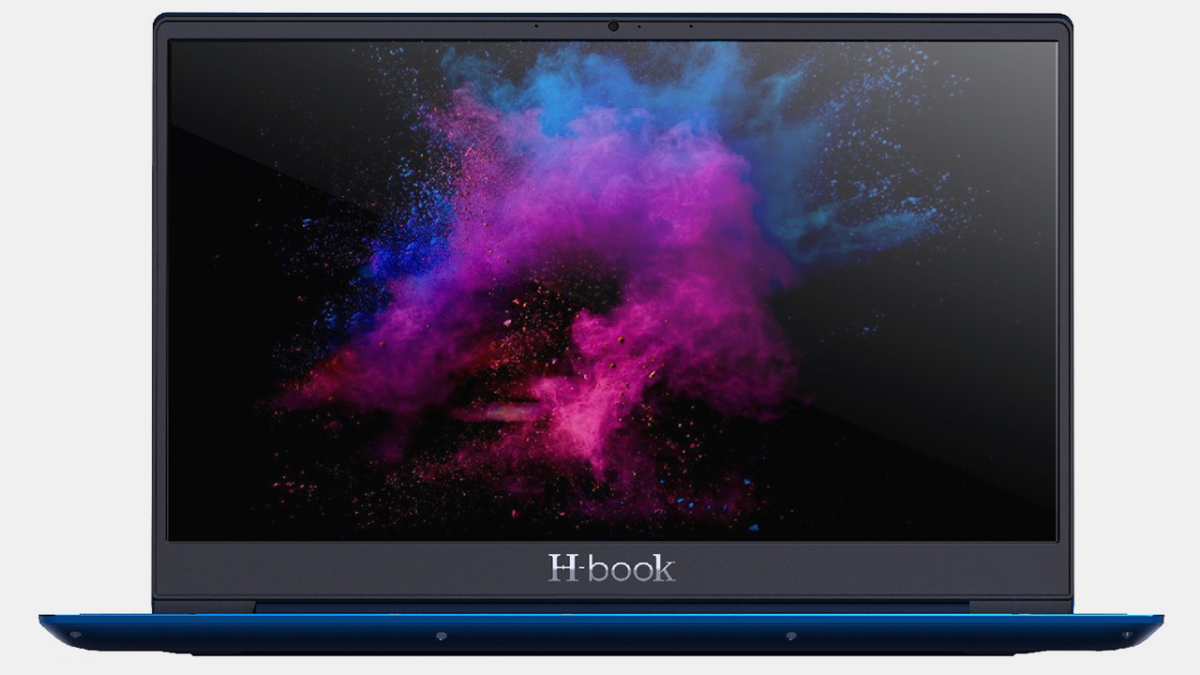 No country wants to be on the receiving end of crippling sanctions that could hinder entire industries. However, when such hardships arise, governments often look inward to find domestic companies that can potentially fill any gaps. This is precisely what Minsk, Belarus-based state-controlled Horizont is attempting this week by introducing the H-book Mak4 notebook.

“This is a domestic product developed on the basis of the leading-edge know-how and technologies,” said Yuri Predko, the head of Horizont, reports CNews. “The laptop can compete with notebooks from world-class brands.”

While the Horizont H-book Mak4 (T32E3W) is called “the first Belorussian’ laptop,” the 15.6-inch notebook runs Microsoft Windows and is based on Intel’s Core i3-1115G4 processor paired with 8GB of DDR4 memory and a 256GB SSD. However, these four critical system components were developed and produced outside Belarus.

In fact, when the machine was demonstrated for the first time in September, its developers admitted that only 12% of its parts were made in Belarus, but they hoped to increase the share of domestic parts to 30% by the end of the year. Unfortunately, we don’t know if the company succeeded in increasing the percentage of Belarus-made components in the machine.

Apart from political agenda designed to show unacquainted audiences how sophisticated Belarus technologies are, the Horizont H-book Mak4 notebook is a somewhat outdated yet sleek entry-level workhorse (especially when compared to the Bitblaze Titan running a ‘Russian’ SoC).

The 15.6-inch laptop features a Full HD IPS display, Wi-Fi 5 + Bluetooth combo adapter, one USB 3.0 Type-C port, two USB 3.0 Type-A connectors, an HDMI output, and an SD card reader. The machine is up to 18.9 mm thick, weighs 1.8 kilograms, and promises to work for up to eight hours on one charge.

Horizont is a relatively well-known maker of consumer electronics, so it is possible that it orders components from suppliers and then assembles everything at its own facilities. However, we have no idea whether it does surface-mounting of the motherboard itself or procures motherboards from its partners in China, a country that is very friendly with Belarus.

Since AMD and Intel do not officially supply their parts to the Republic of Belarus, just like dozens of other companies, Horizont has to buy CPUs from various China-based resellers (which is quite risky, so to speak), and they tend to sell outdated components.

Meanwhile, Intel’s Tiger Lake is not a bad processor. Windows is the world’s most popular operating system, used by ~90% of the population, so the Horizont H-book Mak4 is a universal machine. The only question is, why is it called a ‘Belorussian laptop’ if it is still primarily based on American technology?