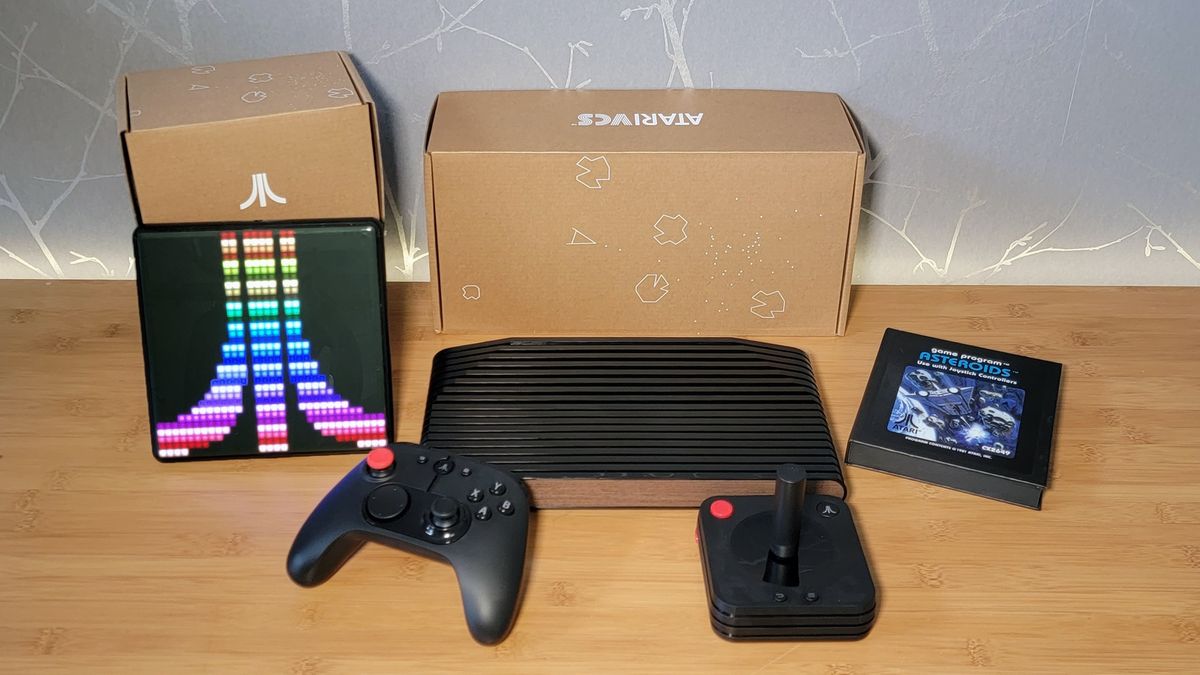 There might be rough seas ahead for the Atari VCS retro gaming console — not that the seas behind it were all that great either. While we were initially intrigued when the VCS was first announced, its challenging and controversial development took some of the shine off the device. And after years of delays that meant the hardware was dated by the time it hit store shelves, any excitement regarding the console had definitely diminished when we reviewed the VCS last year. And it seems like we weren’t the only ones underwhelmed.

According to Atari’s half-year earnings report for fiscal 2022/2023, the future for the VCS looks bleak. Overall, the company reported revenue of $4.65 million, which was a 27 percent decrease from the same period last year. More importantly, hardware revenue plummeted 92 percent year-over-year, from $2.44 million to just $212,466. Atari attributed the decline to “[reduced] cartridge activity and underperformance by the VCS.” In other words, consumers appear to have turned their backs on the console.

Atari is reorganizing its hardware business and critically says this “includes the suspension of direct hardware manufacturing relationships” relating to the VCS. However, Atari did not mention any plans to secure new contracts to manufacture the VCS, so this appears to be the end of the line for the troubled console.

Going forward, Atari is implementing a new commercial strategy that involves the development of “new hardware complementary to the Atari VCS with partners under licensing contracts.” This doesn’t sound like a revised or next-generation VCS console, but perhaps new accessories for the system. The company already offers a Classic Joystick and Modern Controller for the VCS. However, it’s somewhat confounding that the company would shift resources to creating new accessories for a console that customers seemingly have not embraced in any large capacity.

With its hardware strategy in flux, Atari is looking ahead to other ventures to increase revenue in the coming year. The company envisions licensing its brand with “well-respected and recognized international brands” and will continue to build upon its Atari X NFT sales and create a new token. However, blockchain ventures have a lot of uncertainty and volatility in blockchain ventures, which could be risky for a company currently operating in the negative.

The Atari VCS 800 All-in bundle is still available at retailers like Best Buy, priced at $399 (opens in new tab). However, the cheapest place to find an Atari VCS is directly from the company ; You can grab the All-in bundle for just $239, direct from Atari’s storefront. Previous retail partners like GameStop (opens in new tab) and Amazon (opens in new tab) no longer appear to have the console in stock. Those looking for their retro Atari fix on a console that’s had a bit more success might want to consider Atari 50: The Anniversary Celebration on the Switch. Now if only Nintendo would offer up a version of its console with a woodgrain finish and some orange buttons.